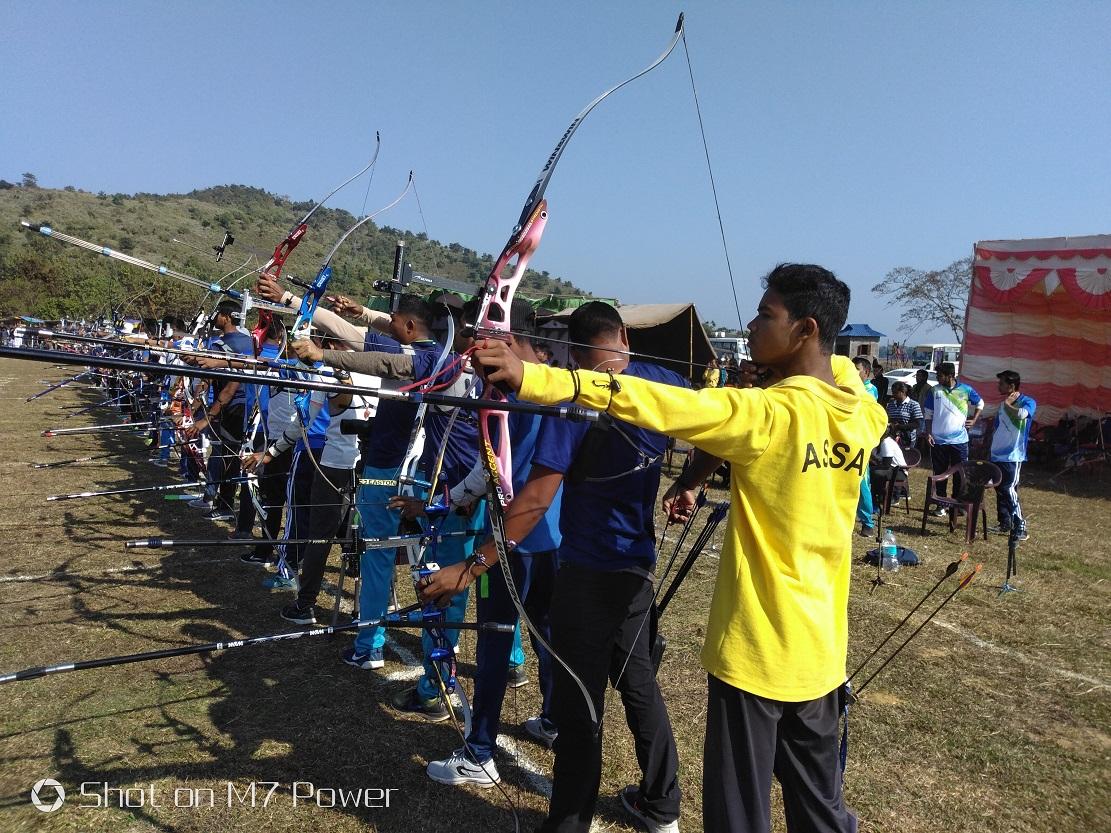 The 16th All Assam Senior Inter District Archery Championship -2018 was kicked start from Saturday at Dheer Beel near Chakrashila Wildlife Sanctuary in Kokrajhar district. In the championship, ailing gold medalist Gohela Boro of Kokrajhar has also participated the championship and presented her sporting talents.

Ajuna aawrdee and international boxer from Maniour L Sarita Devi attended as chief guest to inaugurate the championship in the presence of huge gathering of sports lovers and dignitaries.

Devi said that the Assam state as well Bodoland region have many talented sportspersons on many events who are representing the region in national and international level.Since many years,Assam and Bodoland region have been seeing good number of sports stars,who are displaying their excellence in the sporting arena.She said that Assam state will be getting good number of budding talents players from the championship in coming days.She has extended her best wishes to all participants and hoped that budding archers will carry out best career through the events.

Devi while replying about her sports career,said that she was preparing to participate in the pre Olympic games i n 2019 to make possibility for the 2020 Olympic events.  She has optimistic that she will be able to win a gold medal in the Olympic event and for this mission she is now practicing with heart to win gold.

In the championship, ailing archer Gohela Boro of Amguri Kokrajhar has also participated the event and presented her archery talents along with her colleagues. She said that she is now under treatment due to facing diseases,yet she is taking part the competition along with normal players.She said that she will move to New Delhi by February next for medical check up,but now facing financial hardships due to poverty.She also expressed her willingness to get a government job if she gets any appointments in the government job in her life.

She has promised to earn gold medal by participating in a national or international events in coming days if opportunity favour in her life.

BTC executive member Doneswar Goyary told that Kokrajhar is lucky enough to organize the senior archery championship at Dheer Beel,a picnic spot in BTAD.He said that many national and internation level players participated the championship and presented their sporting atlents.

Indian Premier League (IPL) is Back On Track with Crazy Actions...!

13 May 2009 - 4:48am | julita
A family fight over what to watch on TV ended in a bout of violence after a father stabbed his 24-year-old son when the latter insisted on watching a match in the ongoing IPL cricket tournament while...

17 Jun 2015 - 5:55pm | AT News
Chief Minister Tarun Gogoi on Wednesday accused Narendra Modi of helping Lalit Modi saying that without Prime Minister’s help a known offender can’t proceed to such an extent.Talking to reporters in...