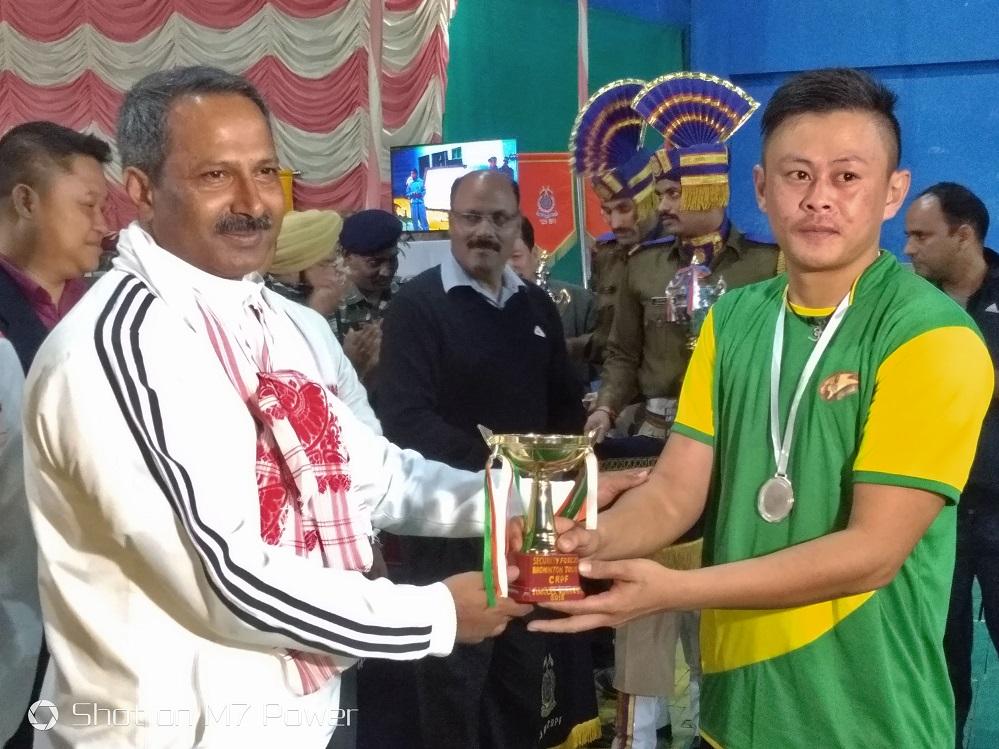 Kokrajhar: The Second edition of the Security Forces  Badminton Tournament was concluded on Saturday evening with a three day programme scheduled being held at Kokrajhar District Sports Association(KDSA) Indooor stadium in Kokrajhar.The tournament created sporting amusement among security forces who are deployed in the region.

Altogether, 10 teams from  different security forces,which are included 129 Bn CRPF,  6 Bn SSB, 31 Bn SSB,  CISF (NTPC) Salakati , 210 CoBRA,  12 Sikh Light Army, Assam Police, 7 AP Bn  participated in the tournament, which was organized by 129 battalion(Bn) CRPF. In the tournament,  commandants and  constable  had  team up   and gave  their best performance in the tournament which is appreciable.

BTC executive member for Sports & Youth welfare department, Doneswsar Goyary graced as chief guest and handed trophies and medals among the winners on the prize distribution ceremony.Goyary appreciated the organisers for organising such tournmaent and said that it is the  second edition such tournament  that has been organized by 129 Bn CRPF.  He also said that it is the privilege for the security forces to  show its skill and strength as well as enhancing the relation with the public.

7 Mar 2015 - 9:43am | AT News
Yet another new political party is coming up a year ahead of the assembly polls. The brain behind this new party is none other than Pradyut Bora. Bora, who pulled out of the BJP national executive...