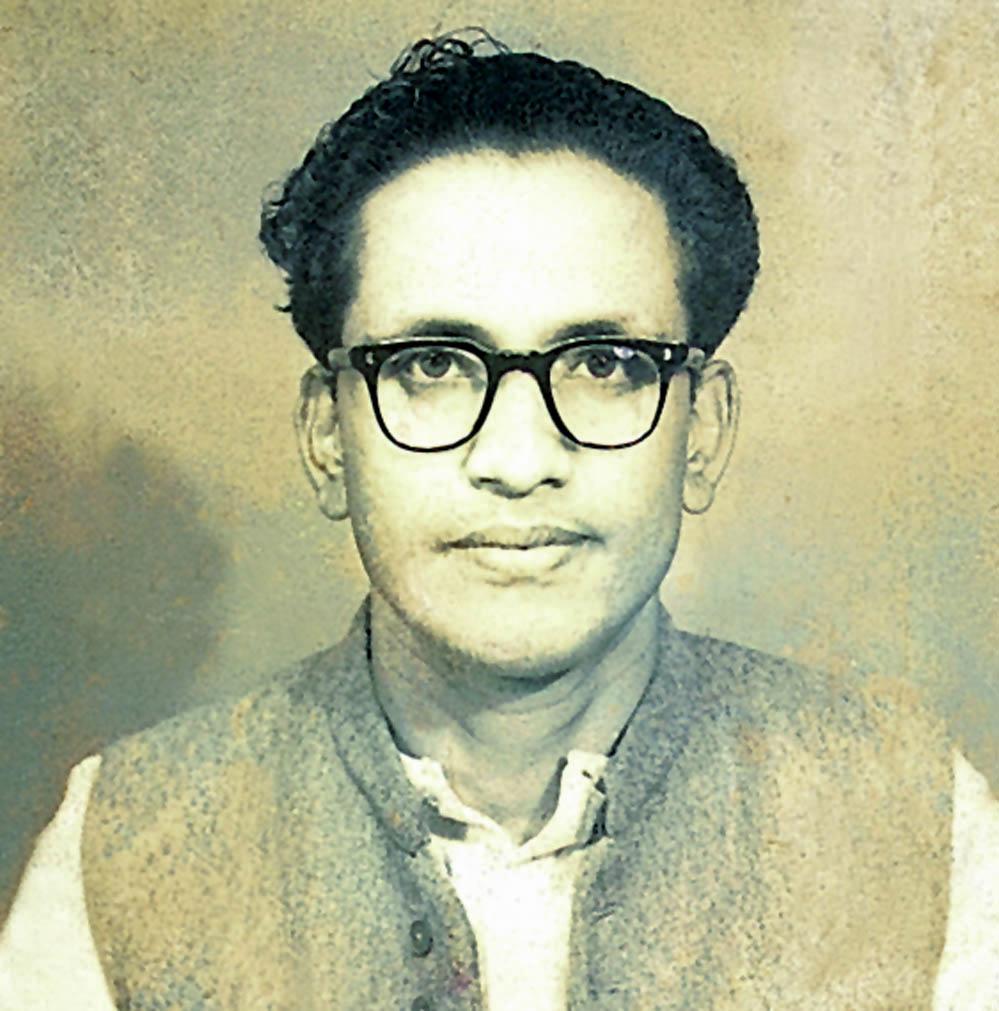 Prof Bhabananda Deka was the pioneer Assam economist and a leading litterateur of the golden Awahon-Ramdhenu era of Assamese literature, who not only devoted his life in scholarly works but also in spreading the glory of his motherland and mother-tongue outside Assam through his organizational acumen spread over more than half a century. He held the distinction of authoring a total one hundred sixteen number books on topics ranging from economics, ancient Assamese literature, Vaisnavism, heritage, politics, education, social issues, philosophy, mythology, poetry, plays and biography. His English literary masterpiece Assamese Language & Literature & Sahityarathi Lakshminath Bezbaroa was the first book on his mother-tongue to be formally launched by the President of India in 1968 in New Delhi.

Prof Bhabananda Deka also did extensive research on the literary works and philosophy of Assamese Vaisnavite saints and social reformers like Srimanta Sankardev, Madhabdev, Damodardev, Haridev and Bhattadev and authored many books. Just before his death on 4 Dec 2006 he finished his swan song monumental work of first prose translation of the timeless Assamese literary classic ‘Kirtan Ghosa’ of Srimanta Sankardev, which was later on published after ten years in 2016. Eminent scholar Dr Hiren Gohain spoke highly about this monumental work of the late author while launching the book. The late scholar also extensively traveled among the native villages of the ethnic Assamese tribes spread over entire North East India, and authored several valuable books on Hajong, Karbi and Tiwa communities.

He was the first Assamese economist to initiate Assam-specific research of local economy and other social aspects of the past five centuries. His studies covered economic conditions of the periods of Srimanta Sankardev in fifteenth and sixteenth centuries, Ahom and Koch dynasties periods, British era of nineteenth and early twenties centuries as well as pre and post independence periods of Assam upto the end-twentieth centuries. His popular book Asomor Arthaniti already attained a cult status by completing fiftieth golden jubilee edition. He also authored a Comprehensive English-Assamese Dictionary of Economics and Commerce titled Bhabananda Arthakosh which is yet to see light of the day. Many of his pathbreaking scholarly works were compiled together in milestone publications like 500 Years of Assam Economics and Awahon-Ramdhenur Pate Pate Adhyaksha Bhabananda Deka.

He wrote and published research papers and popular essays on Assamese classical literature, economy and heritage from early 1960s in popular literary journals and newspapers like Awahon, Ramdhenu, Amar Protinidhi, Manideep, Natun Asomiya, The Assam Tribune, Asam Bami, Dainik Asam and many others for the benefit of local people including farmers, business community, students, teachers and local researchers and thus attained a legendary status among the academia and common people.

He played a pivotal role in inviting and hosting Hollywood film personalities to Guwahati in 1995 and subsequent production of first one hour documentary film on life and works of Srimanta Sankardev in 1996. Due to his untiring efforts, this iconic film was globally premiered at Atlantic City and Somerset in the USA, and later on screened in Canada and many European countries, and subsequently preserved at the National Museum of Switzerland.


Prof Bhabananda Deka was the first Assamese senior officer posted in the constitutional body Union Public Service Commission(UPSC) in New Delhi in late 1968. During his Delhi stint, he played a pivotal role in setting up Assamese Departments in UPSC and Delhi University during 1968-69. He also introduced Assamese language subject for appearing in Central Services examinations conducted by UPSC. After his successful Delhi stint, he returned back to his motherland and worked with a missionary zeal to spread the fruits of higher education among the poor villagers by setting up institutions spread over the entire Brahmaputra valley. He adorned the offices of Principal in six colleges all over Assam including Pragjyotish College in Guwahati, Bapujee College in Sarthebari, Tamulichiga College near Jorhat, Hajo BEd College, Sarukhetri College in Barkapla and Guwahati Night College.


He was the last President of undivided Kamrup District Sahitya Sabha, and was also the recipient of Assam government Literary Award on the occasion of golden Jubilee of Indian Independence on 15 August 1997 apart from Literary Pension in 2004. 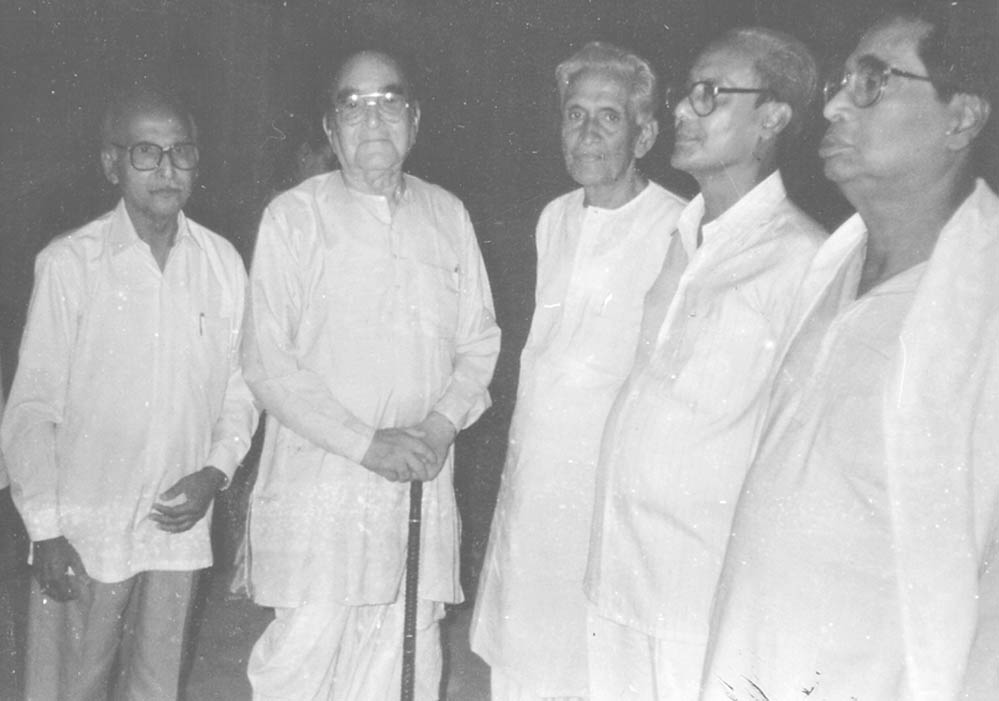 
A documentary film highlighting his research on Assam centric research was produced with collaborations of three continents Europe, North America and Asia titled Golden Jubilee of Assam Economics Research & Pioneer Assamese Economist-Litterateur. The script of the film was prepared with joint collaboration of Claire Elizabeth Terry from Spain, Tess Joyce from Indonesia and Terri Stiffler from the United States of America, and voice-over commentary was recorded by British poet Tess Joyce in Indonesian capital city of Jakarta. 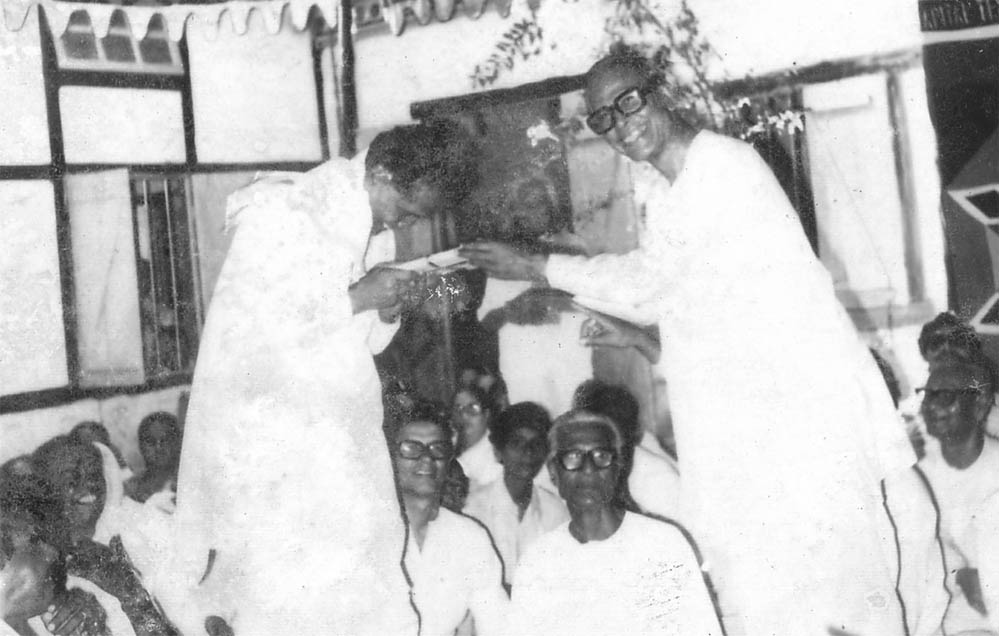 
After spending a meaningful productive life spanning over eight decades, Prof Bhabananda Deka passed away peacefully at his Pub Sarania home in Guwahati city on 4th December 2006. In order to recognize his vast contributions to public and intellectual life of Assam, death anniversary of the legendary pioneer Assam economist is being observed on 4 December every year as Artha Divas or Day of Economics all over Assam. A novel on his extraordinary life titled Bhaba Ananda Sambad was published by Assam government publication board which also won an award and became the subject of doctoral research under Dibrugarh University. On the eve of twelfth death anniversary of this silent giant of Assamese literature, heritage and economics, we pay our respectful tribute to his glorious memory and hope that his love and zeal for his motherland and mother-tongue will continue to inspire generations after generations to devote life for own land and its people.

31 Mar 2014 - 5:57pm | AT News
Immediately after coming out of the jail in Jorhat Akhil Gogoi on Monday reiterated that he and his organization would go all out against Chief Minister Tarun Gogoi.He told his supporters that he a...

7 Apr 2012 - 3:19am | editor
There seems to be no end of anomalies in the HSLC and AHM examinations this year. In yet another incident to make SEBA officials to hang their heads in shame, wanton cows destroyed hundreds of...

Pan-Indian recognition to Lachit Barphukan in 1999