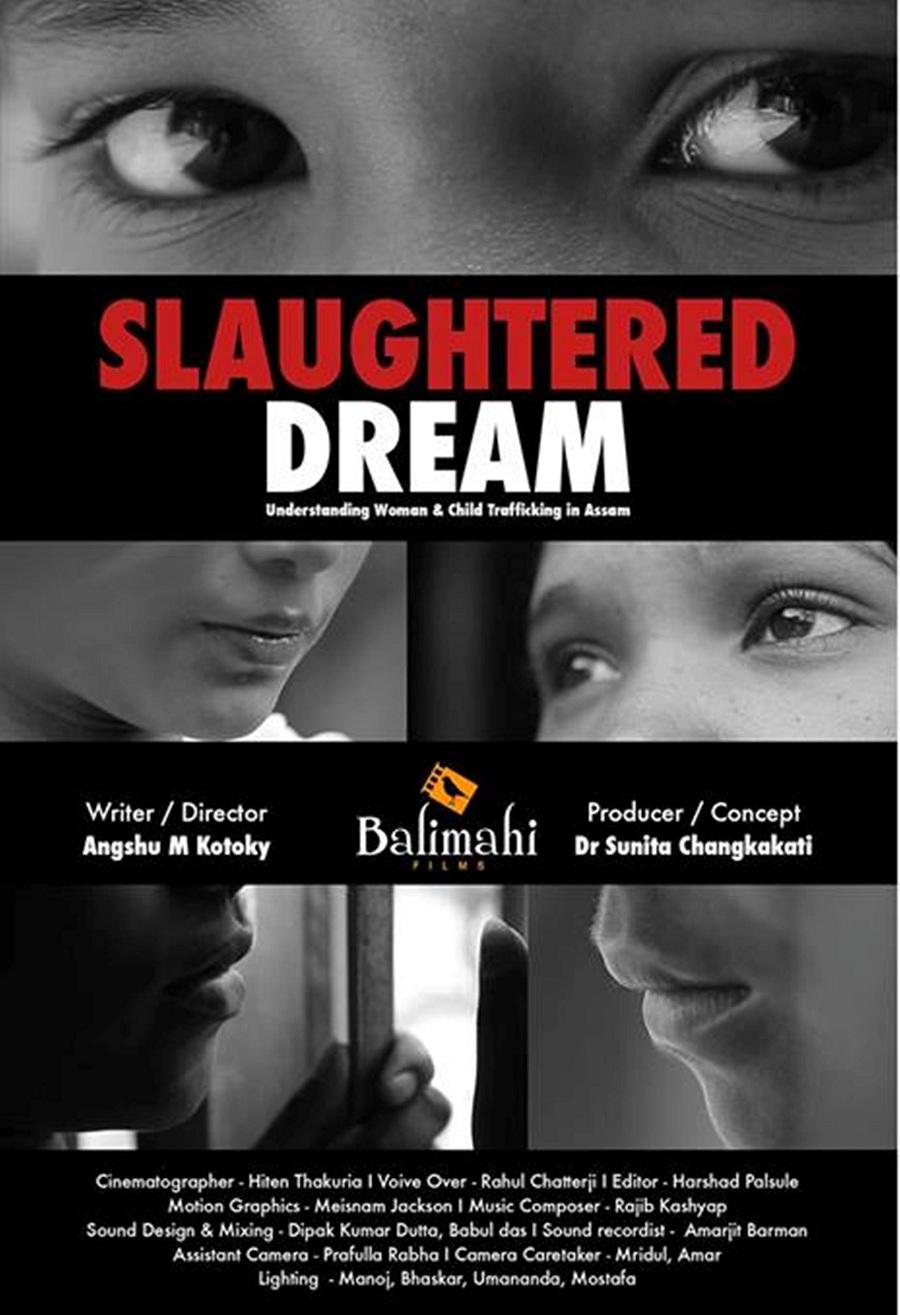 ‘Slaughtered Dream’ (Understanding Woman & Child Trafficking in Assam), a documentary film on women and child trafficking was screened to immense praise and appreciation at the Jyoti Chitraban in Guwahati recently.

In a clarion call that compel us to take a sharp look at one of the most striking human rights abuses which has been going on in our backyard, the documentary recounts the harrowing experiences of a number of women, children and the destitute in general.

A first-hand accounts and stories of survivors, victims' families and alleged traffickers, this documentary film is a clarion call. Sonapur-based Reema Teron, a survivor of human trafficking, describes the horrors she experienced when she was tricked into becoming a victim of human trafficking and how at the risk of her life, managed to escape from the clutches of evil. The film also provides reactions of the victims’ family members, as well as the opinions of alleged traffickers, and other stakeholders, uncovering the extent and the scary scale of human trafficking in Assam. It also talks about social stigma attached to the survivors of trafficking in our society.

The film, towards the end, focuses on the awareness, prevention and rehabilitation measures taken up by different NGOs. The film ends with a message from Reema, warning people in similar situations, not to fall prey to the promises of lurking traffickers. The narrative asks the audience to come forward and help take concrete measures to prevent trafficking and provide the sufferers with a better future. “Watching the documentary film is not enough. Each one of us needs to be alert and aware to help out in preventing human trafficking. We need to join forces and create a better platform for education, employment and self sufficiency for the fight against human trafficking,” said the film’s director Angshu M Kakati, who incidentally is the Principal of Assam State Commission for Protection of Child Rights. She has been working relentlessly as an activist on issues related to the subject of human trafficking. The filmmaker-activist draws on her years of expertise to reveal the astonishing size of human trafficking.

The film is produced by Dr Sunita Changkakati, under the banner of Balimahi Films production. The film is cinematographed by Hiten Thakuria, edited by Harshad Palsule, narration by Rahul Chatterji, music by Rajib Kashyap, motion graphics by Meisnam Jackson and sound designing and mixing by Dipak Kumar Dutta and Babul Das.

24 Sep 2015 - 9:36pm | AT News
Chief Minister Tarun Gogoi on Thursday called PB Acharya an RSS agent two days after the Assam Governor allegedly talked politics with a group of BJP leaders at the Raj Bhawan.Talking to reporters in...

Encroachment in inter state border: Our land their occupation

11 Mar 2008 - 4:36am | editor
A vast area measuring nearly 90,000 hectares belonging to Assam is being illegally occupied by the the neighbouring Nagaland, Mozoram, Arunachal Pradesh and Meghalaya.According to information,...