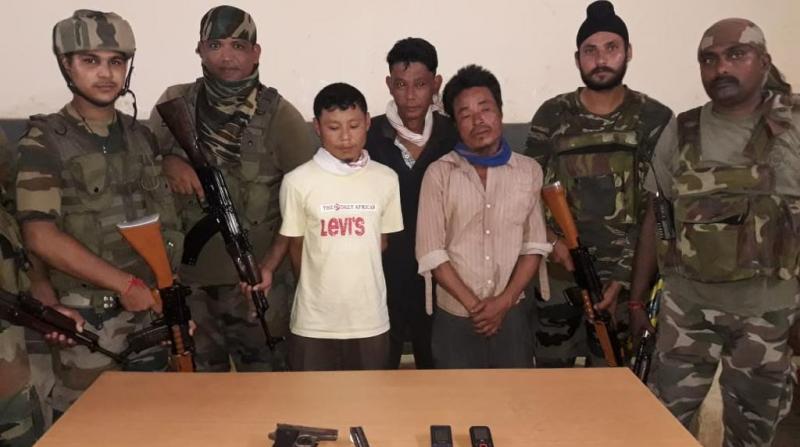 Namrup:  Santak Army Camp  of DAO Division and Assam Police arrested three NSCN(R) cadres from Halwating in Sivsagar District on Wednesday.  The arrested tri are Youngai (39), Pendum (42) and Nang Sung (35) - all resident of  Mokokchung, Nagaland. Police recovered one  Chinese Pistol, one magazine and two mobile phones. They were handed over to Halwating police station.

The cadres confessed that they assist NSCN(R) in collection of extortion money, involved in arms smuggling.

14 Sep 2015 - 7:43am | AT News
Local residents thronged in thousands in front of Mancachar police station demanding a vigorous operation to rescue the two drivers who are suspected to have been kidnapped by GNLA militants.A huge...

11 Sep 2008 - 1:26am | editor
In a tragic incident that sent shockwave across the state, the students met a watery grave in the Brahmaputra river on Wednesday while they were taking a bath in Sukreswar Ghat in Guwahati. Two of...