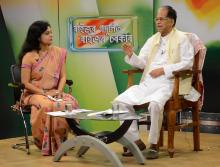 Assam draws lines on Communal Lines : War of words heats up between AASU and AMSU

30 Jul 2007 - 4:44am | editor
Guwahati : The All Assam Students Union( AASU) and the All Minority Students Union(AMSU) are exchanged in a bitter war of words.In a press conference at Guwahati on Saturday, The AMSU Organising...