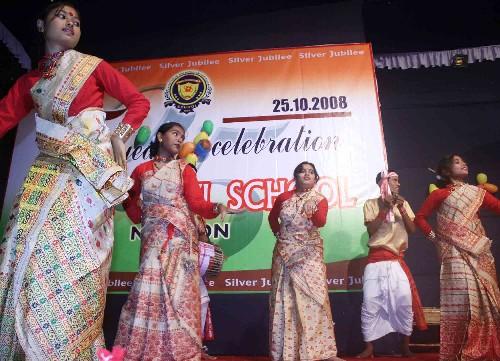 In the year 1983, with the effort of Rev. father Prakash, a catholic salvatorian institute was opened with about 20 nos. of students in the outskirt of Nagaon Town. The Institute was named as Christ Jyoti School, which was opened and called as the temple of learning. From that point to till today, a long 25 years, Christ Jyoti has grown to be a big and topmost English medium educational institute. This year school has completed its 25th year. The school celebrated its Silver Jubilee with colourful programmes. On the 22nd of October 2008, a cultural rally was organised and the rally touched every corner of the town with slogans. The rally was flagged off by Rev. Father Prakash, founder principal of the school. On the 23rd October, in the presence of SP Nagaon, the chief guest inaugurated the Science and Arts Exhibition, held at School campus. The 25th October was the closing ceremony of the Silver Jubilee Celebration with colourful cultural extravegenza. The cultural programme was inaugurated by Rev. Father Piet, who came from Italy. The cultural programme was loaded with songs and dance, drama, comedy plays. From Dihanaam to Disco, every types of programmes were enjoyed by the invited guest.

Permalink Submitted by Priyanka das on Thu, 01/01/2009 - 00:48
I am proud of being a christ jyotian.Its a great event but as i am now based in delhi i really missed the event.

Permalink Submitted by akhter rezwana on Fri, 20/03/2009 - 17:06
i m really proud 2 be a christ jyotian and the luckk most to tat i did participate in silver jublee 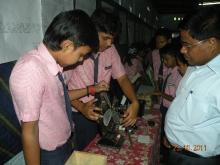