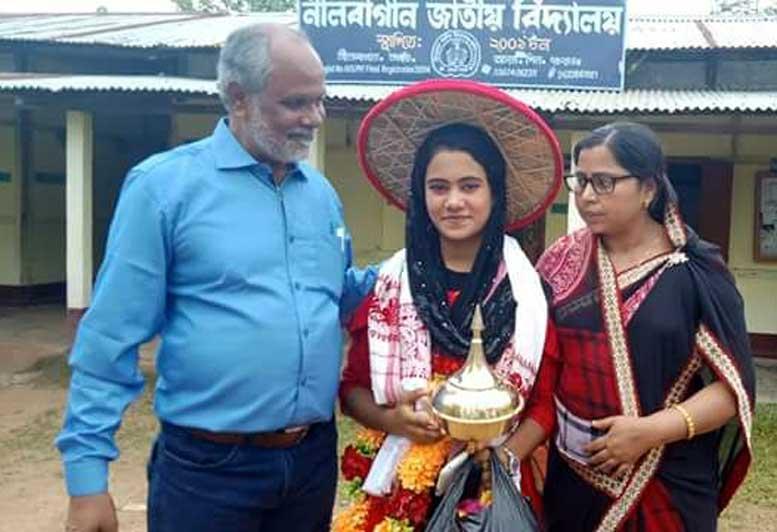 Nayeema Firdous Borbhuyan Of Nilbagan Jatiya Vidaylay in Hojai district has secured tenth rank in the High School Leaving Certificate (HSLC) 2018 examination the results of which have been announced on Friday.

Nayeema has secured 584 marks out of 600 and letters in all the subjects.

Talking to Media, Nayeema said she had studied with consistency for 8 to 9 hours daily. She will pursue her further study in Science stream at Ramanju College in Nagaon.

She wants to become a good Doctor and work for the welfare of the society.

It is to be mentioned Nayeema has only secured a rank in entire Hojai District. She had brought laurels for her  school as well entire Hojai. 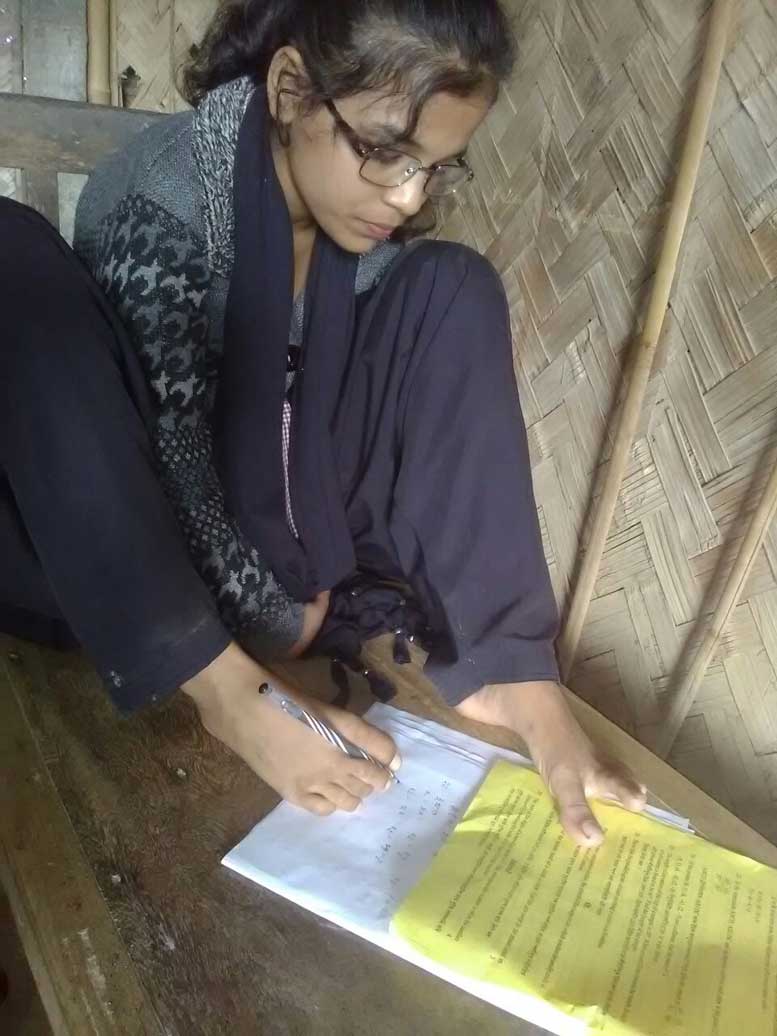 On the other hand, Jebin Kausar a "Divyang" who belongs to poor family and  Student of Gyan Jyoti Academy of Murajhar in Hojai District has proved that,"If You have a Burning Desire to Do Something then no obstacles can halt you back."

Jebin wrote  High School Leaving Certificate (HSLC), 2018 examination  with her feet  secured first division marks and has set an example for others.

According to Jebin  if one has strong determination to do something, then no hurdle can stop you to achieve anything.

She says her dream is to be a Good Teacher in future and work for the upliftment of the society. 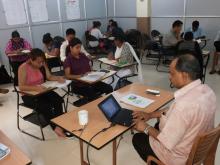 22 Aug 2010 - 4:54am | editor
A delegation of Assam BJP on Saturday called prime minister Dr Manmohan Singh in Delhi and apprised him of the problems confronting the state for decades. The delegation comprising Bijoya Chakrabarty...

15 Jul 2016 - 3:24pm | AT Kokrajhar Bureau
Hundreds of citizens from different parts of Bengtol area participated in a peace rally organised in Bengtol on Thursday in Chirang district,demanded unconditional released of arrested two teachers,...