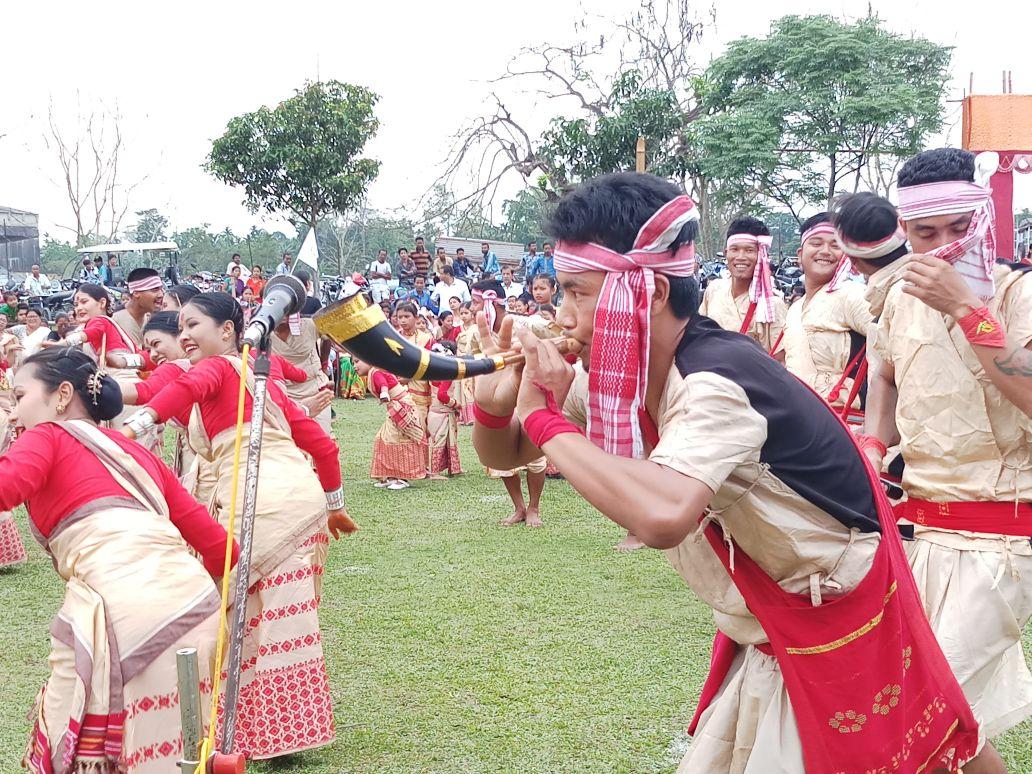 Namrup: Festivity refuses to die down in Namrup where sounds of dumbs, buffalo  horn pipe along with other traditional musical instruments mingles in the air that makes the mood more vibrant.

The industrial area in Dibrugarh district converged into a mini Assam on Friday when ethic and tribal groups showcased their Rongali Bihu tradition at the open festival organized by the local AASU unit.

The focus was the concluding function of the 18 days workshop on dhul and bihu dance workshop with a grand show that pulled huge crowd of around 10,000 people.

The celebration is started with  flag hosting  by Kalpajit Gogoi  president of Namrup AASU and  Swahid Tarpan by Manash Jyoti Changmai  secretary of Namrup AASU .

People from far flung areas thronged the festival venue to catch a glimpse of the  spectacular performance of a number of bihu troupes on the occasion.

1 Mar 2008 - 3:50pm | editor
There is crack at the historic Rangghar even as the local people have attributed to the on going seismic survey in and around the monument built by the Ahom Swargadeo Pramatta Singha. The has...