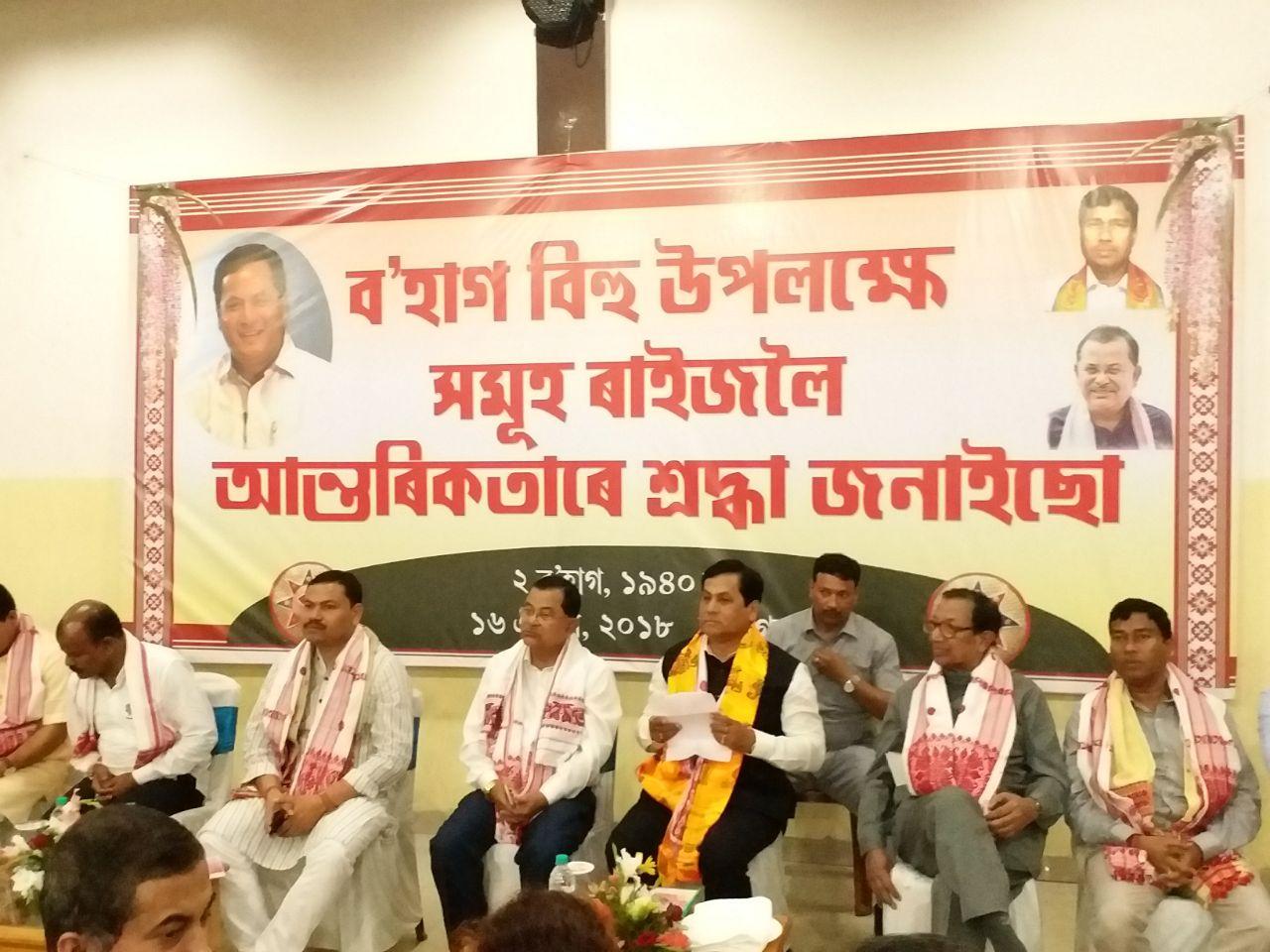 Namrup: Assam chief minister Sarbananda Sonowal has expressed grave concern over the rising cases of sexual assault on girls and women reiterating his government’s firm commitment to ensure their safety and security.

In his address at a Bihu function in Dibrugarh on Monday, Sonowal said the mindset of the people need to undergo a change. He said cleanliness does not mean just to broom a place. In fact, cleanliness in heart and mind is very important.” A society will be on the track of progress only if women deserve respect” he said.

Sonowal further urged the parents and guardians to keep a close watch on their sons and daughters which would help the society avoid many incidents of senseless and immoral activities.

Noted litterateur and former Asom Sahitya Sabha president Dr Nagen Saikia said only the society only accepts the progressive minds and not the ones that hampers peace and prospect. Law should be allowed to reign supreme, said Dr Saikia.

Atrocity on minority in Margherita?

21 Dec 2017 - 11:20am | Mithun Baruah
MARGHERITA: Tension refuses to die down in Margherita area in Tinsukia area on Thursday after a group of people allegedly forced a couple to strip off in full view of their children.The bizarre...