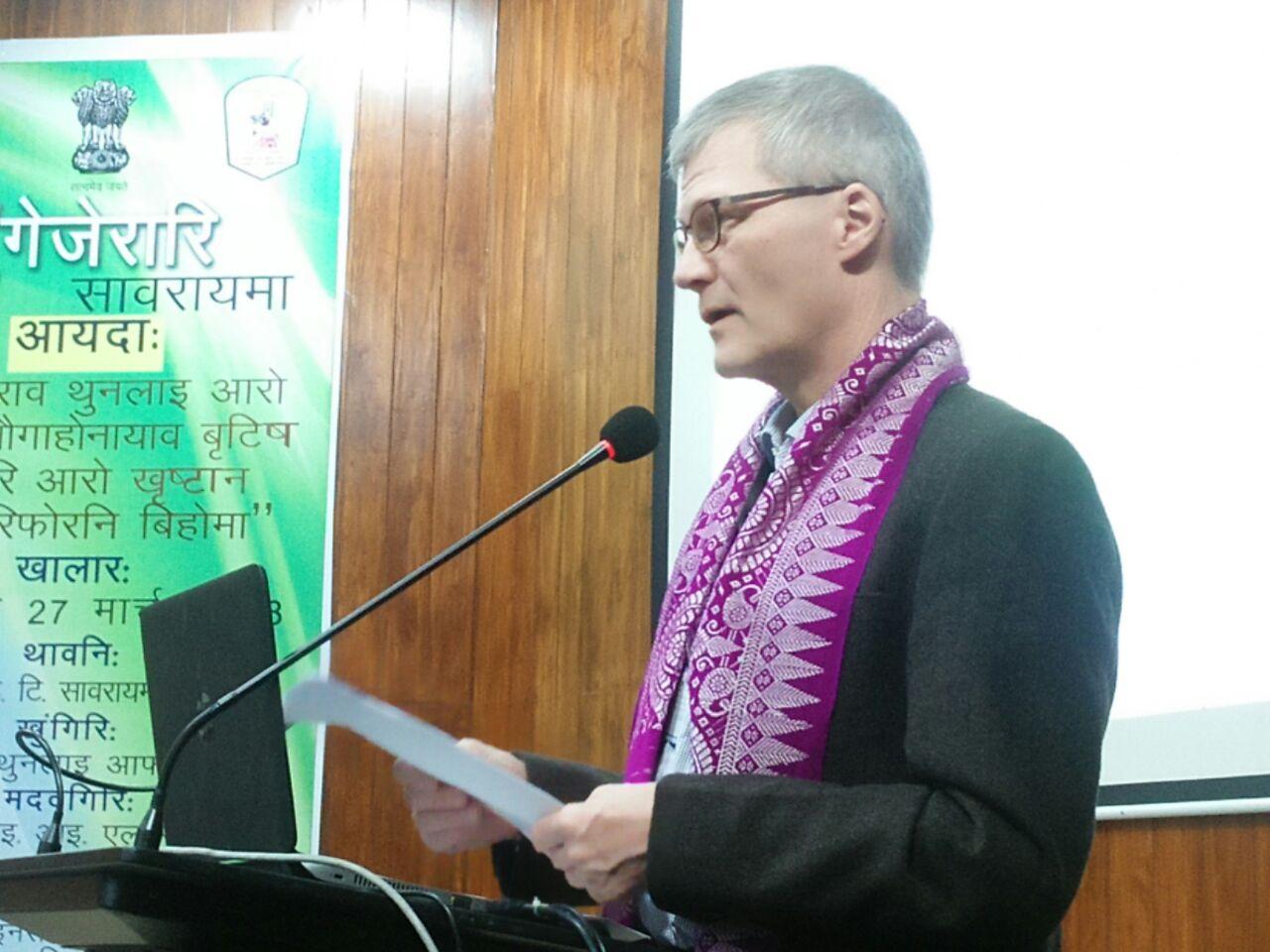 Kokrajhar: Experts at a seminar in Kokrajhar on Tuesday strongly advocated measures to uplift the Bodo language and literature in the global scene.

Participating at a two days international seminar organized at the Central Institute of Technology(CIT) in Kokrajhar on Tuesday  the scholars from Copenhagen University, Denmark Prof. Peter B Anderson, Professor of the University of Sydney Dr Gwendolyn Hyslop, noted historian from Kolkata Hiracharan Narzinary presented papers highlighting the developmental aspects of the Bodo language in coming days.

Over hundred participants from different colleges and varsities participated the seminar where the organizers hoped that the seminar and discussion on the Bodo language involving internationally figured scholars will be fruitful to the uplift of Bodo language, literature and culture in the world.

“We must organise such international programmes in the coming days to create awareness and social integration,” Borgoyary said.

General Secretary of the Bodo Sahitya Sabha Prasanto Boro told that the event has been emphasized to explore linguistic aspects of Bodos in coming days. He said that British administrator and Christian missionaries contributed lots towards uplift of Bodo language.

29 Mar 2014 - 2:10pm | AT News
Prime minister Dr Manmohan Singh said the ten year long wonderful performance of the UPA government and the Tarun Gogoi government in Dispur would be the key to the victory of the ruling party in the...

8 Nov 2017 - 9:02pm | Bhaskarjyoti Saikia
The Nagaon police have seized a huge cache of arms and ammunition from a vehicle on Wednesday which believed to have been brought for rhino poaching in Kaziranga. But the persons on...

Consultation on climate change on Jul 24

22 Jul 2017 - 9:21am | AT News
North East Dialogue Forum, a network of civil society organisation is organising two days state level consultation related to climate change at Bosco Reach Out , Guwahati on July 24-25. This...