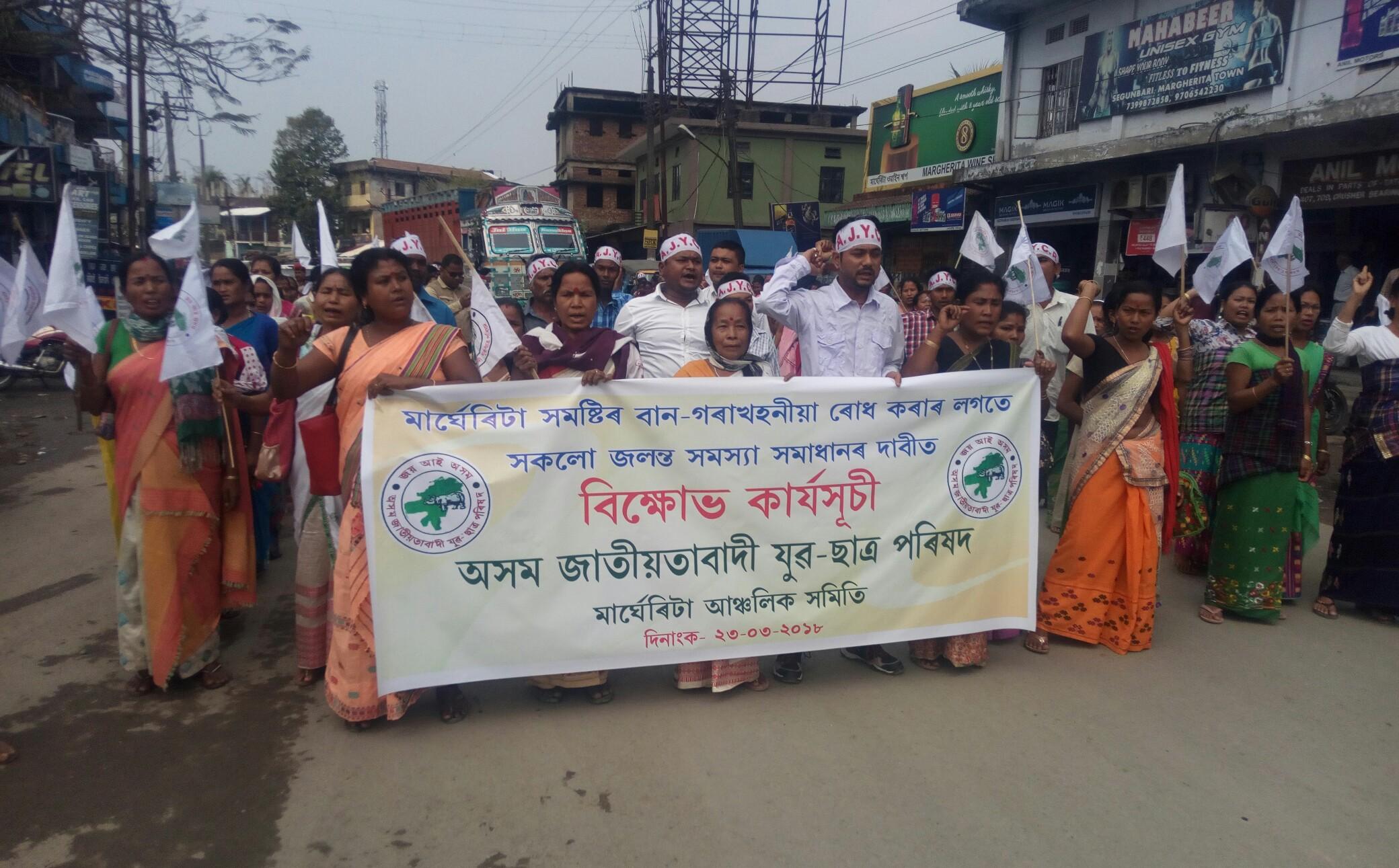 MARGHERITA: Hundreds of people hit the streets in Margherita on Friday

NH 38 Road shouting slogans in support of their demands.

that the duo have failed to address their grievances.

erosion of the Buri dehing river. But Bhaskar Sharma is least bothered.

condition. Sarma remains silent. Is there a government?”

The protesters further demands step to rein in the illicit liquor

traders of Margherita, ensuring availability of drinking water in the

Later, the sent a memorandum to the Chief Minister through the 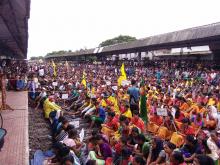 10 Oct 2017 - 2:14pm | AT Kokrajhar Bureau
Rail services are disrupted since 5am morning along the northeast frontier railway due to rail blockade for 12 hours seeking early solution of Bodoland issue and provide political rights to the Bodos... 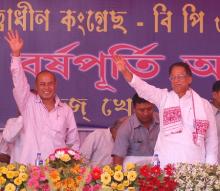