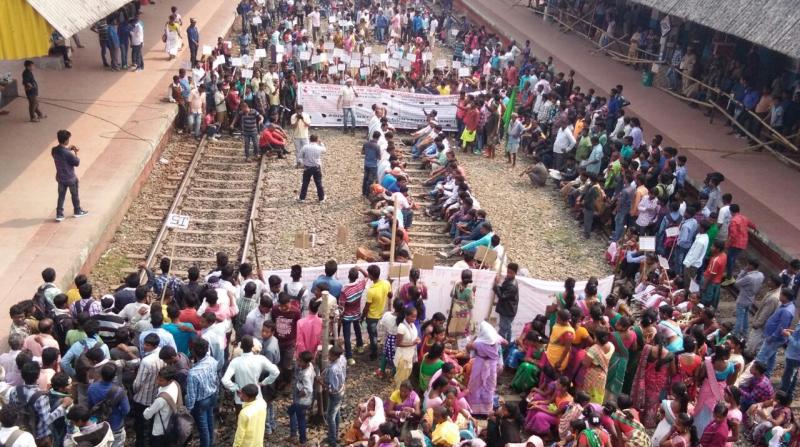 Kokrajhar: Normal train services remained heavily affected on Thursday in BTAD areas due to a blockade by Adivashi National Convention Committee (ANCC) at Kokrajhar for six hour beginning at 6am.

New Tinsukia express 22501 stranded at Kamakhyaguri station in WB.
The ANCC slammed the government for not taking initiative issue and demands of the Adivashis.

The demands are included Scheduled Tribe Status to the Adivashis in the state, provide land pattas to the Adivashis under forest dwellers act, solve the issue and demands of militant outfit organisation from the Adivashi community through political dialogue  etc.

5 Jul 2014 - 9:14pm | AT News
Top Congress leaders are all set to hunker down in New Delhi on Sunday to disccuss the debacle in the recent Lok Sabha polls. To be attended by Congress president Sonia Gandhi and vice president...

All out against rights violation

25 Aug 2015 - 5:31pm | AT News
Hundreds of people hit the streets in Guwahati on Tuesday alleging state terrorism by security forces.Organized by MASS, many people participated in the procession raising concern over the rising...