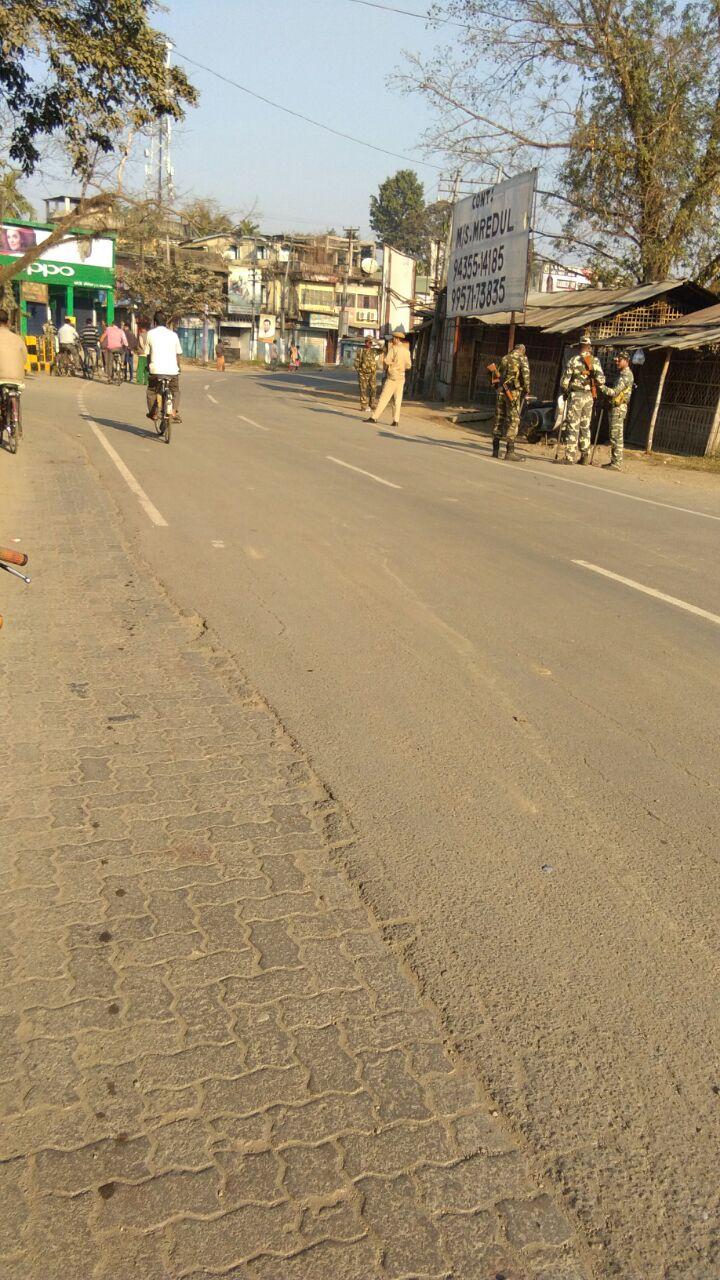 GUWAHATI:Normal lives in many parts remains heavily disrupted when a few tribal bodies enforced a 12 hour statewide bandh on Tuesday raising a slew of demands.

Roads remained deserted as vehicles are not plying. Schools and colleges, shops and markets, banks and offices have remained closed under impact of the bandh.

Bandh supporters in some places tried to enforce the call by burning tyres on the road to stop the movement of vehicles on the road forcing the security forces.

The tribal bodies demand early recruitment in the backlog posts and revival of the HPC Mill in Jagiroad apart from measures to check flood and erosion in the state.

21 Nov 2017 - 6:30pm | Akshaya Pranab Kalita
A huge herd of wild elephants unleashed no less reign of terror in a vast rural area in Namrup on Tuesday forcing the forest authority to step in. Comprising around 16 full grown wild elephants, the...

Scam accused may be freed soon

14 May 2014 - 11:30am | Monosh Hojai
The Dima Hasao Autonomous Council (DHAC) scam accused RH Khan and Mohet Hojai may be freed soon from Guwahati Central Jail as the National Investigative Agency (NIA) has submitted its NOC to the...