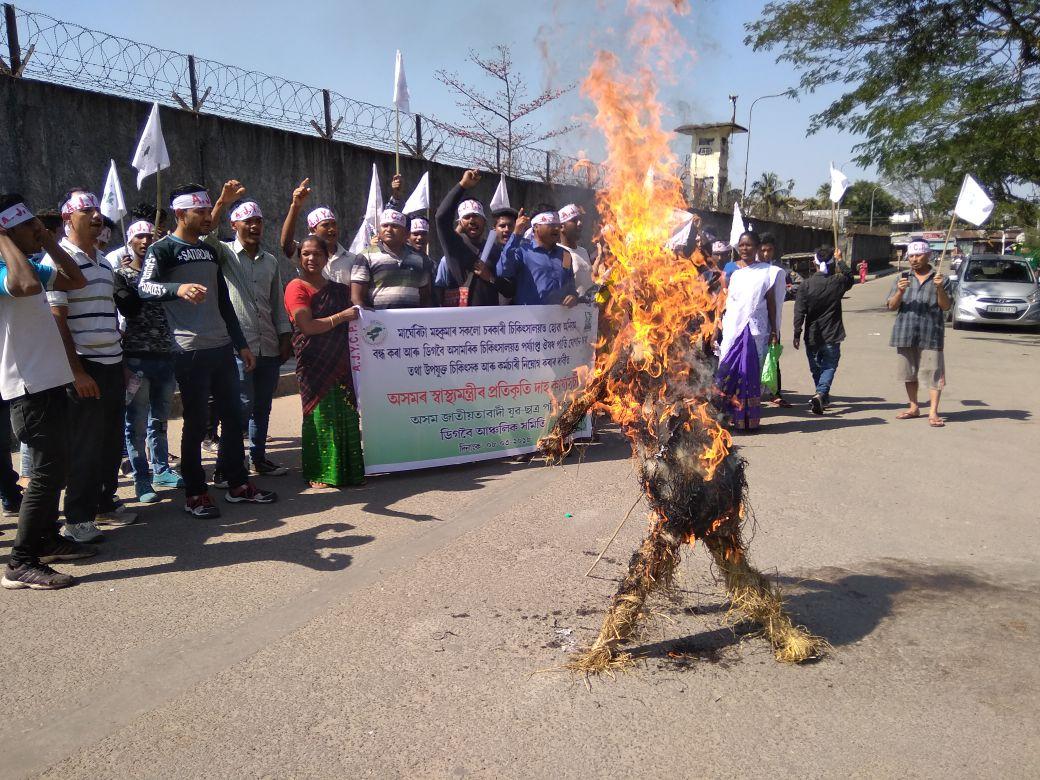 MARGHERITA: Activists of Asom Jatiyotabadi Yuba Chatra Parishad in Margherita
burnt the effigy of State Health Minister Dr Himanta Biswa Sharma on NH 38 alleging the shabby state of affairs in the government  Hospitals in the Sub Division.
More than 100 AJYCP Activists  shouted  slogans against Sarma alleging lack of his interest and attention and threaten more agitation if the things are not improved.
Talking to Assam Times, AJYCP leader Kanchan Bora said many patients have been suffering only because of the mismanagement in the hospitals. Even the hospitals have been falling short of medicines and most of the hospitals have no laboratory much to the benefit of a section of businessmen who keep opening some laboratories here and there. AJYCP further demanded an enquiry into the proliferation of private health establishments in the entire sub division.

No let-up in flood situation

1 Jul 2010 - 3:59pm | editor
The overall flood situation remains unchanged in Assam as the mighty Brahmaputra and its tributaries are flowing above danger level in several places of the state. The surging waters of Beki ane...