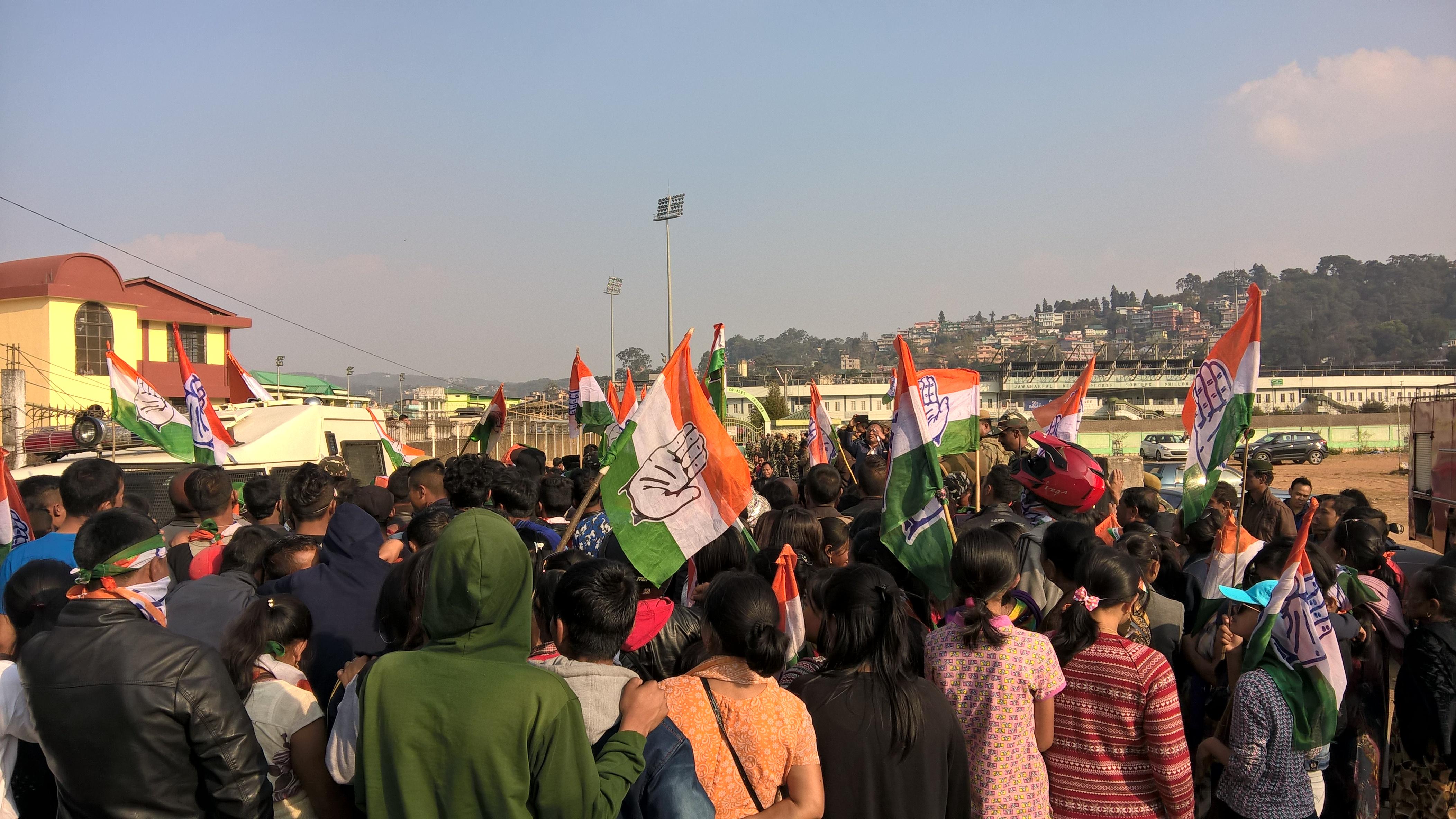 SHILLONG: Meghalaya’s power plays draws no less attention of the political strategies since Congress is emerging as the single largest party even after it falls short of nearly 10 seats to cross the magic 31 mark.But BJP which will has to remain satisfied with two seats in the Christian dominated state pins hopes on the support of NPP and UDP to unseat the ruling Congress.

Now the focus falls on the independent candidates who have become the target of both Congress and BJP. BJP leader and master strategist Himanta Biswa Sarma is waging a slew of option to install a non Congress coalition government. AICC has also sent senior leaders Kamal Nath and Ahmed Patel to help the party retain the power since the grand old party is worried over the rising tally of NPP, BJP and UDP.

According to an updated trend, the ruling Congress is set to get 23 seats while NPP 19 leaving 16 to UDP and independent.

27 Apr 2014 - 9:25am | AT News
At least 7 people were killed and nine others have been critically injured when a truck carrying them slipped into a deep gorge in Bajali district on Sunday.The incident took place early in the...