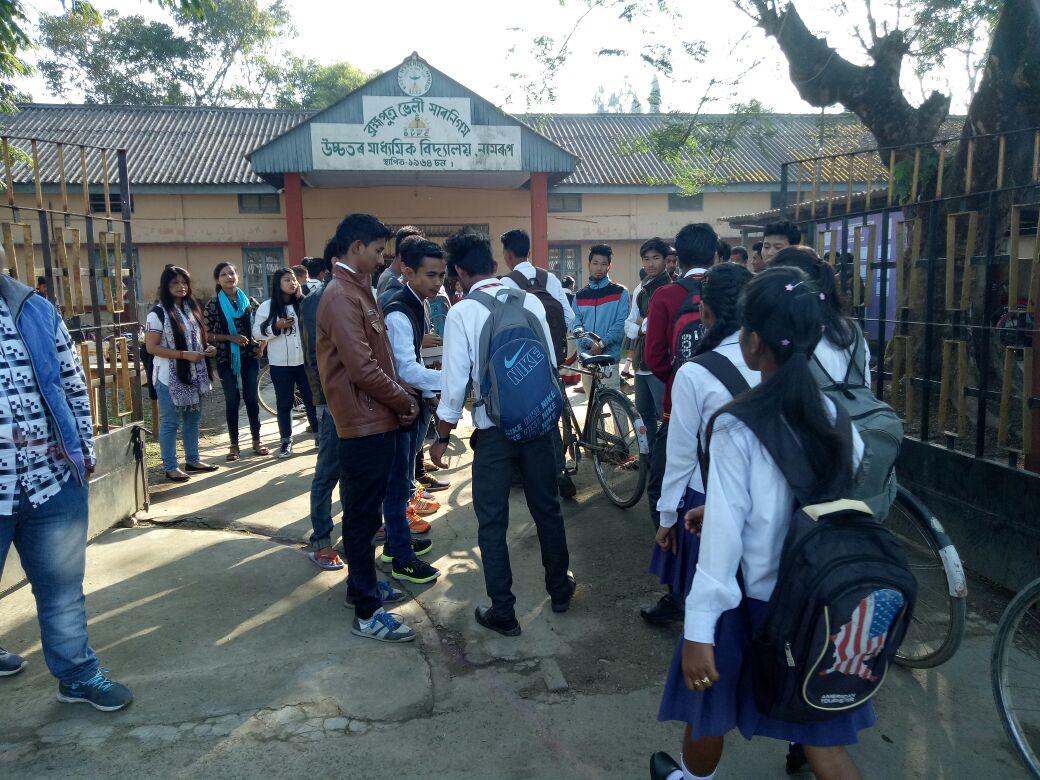 NAMRUP: HSLC and AHM examinations get underway in Namrup along with other places across the state. Altogether 418 students have appeared in Namrup from eleven local schools. According to the officer in charge of the centre tight security is in place to ensure free and fair examination. The examination centre is under strict CCTV surveillance.

7 Jul 2015 - 4:36pm | Hantigiri Narzary
At least six bike lifters were arrested by police and fifteen bikes also recovered from various parts of the town in Kokrajhar district. According to a senior police officer in Kokrajhar told...

6 Oct 2012 - 11:48am | editor
CPM leader Prakash on Friday came down heavily on the UPA government for the recent decision to increase the FDI insurance and the pension bill. Addressing a public meeting in Chirang on Friday...