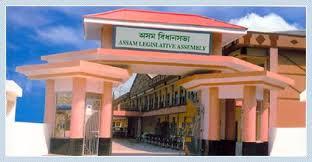 GUWAHATI: The Assam Assembly begins its budget session with a stormy note on Tuesday. The Opposition walked out of the floor in protest against the Governor’s speech alleging the main issues confronting the state has not echoed in what Governor Jagdish Mukhi said. Congress and AIUDF legislators even were absent from the photo session and tea party to honour the Governor.

Congress and AIUDF further saffronization of the Assembly premises on the day when Governor Jagdish Mukhi started the month long budget session with his speech. Finance minister Himanta Biswa Sarma will table the state budget for 2018-19 on March 12. Th 25 days session will conclude on April 6. The legislators will have a two-day interaction with resource persons on development issues on February 26 and 27. The Opposition is taking on the government with coal syndicate, deteriorated law-and-order situation, Nagalim issue.

16 Aug 2017 - 12:18pm | AT New Delhi
In a huge respite for Rakesh Paul, the Supreme Court on Wednesday granted bail to the former Assam Public Service Commission eight months after Dibrugarh police caught him on cash for job...