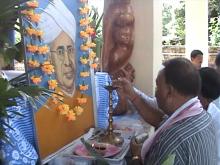 15 Dec 2016 - 6:47pm | AT News
A collection of adventure stories in Assamese named Kutkut-Tuktukar Abhiyan by journalist-writer Nilotpal Barua was released at Guwahati Press Club on Thursday. Published by Pratishruti Prakashan,...