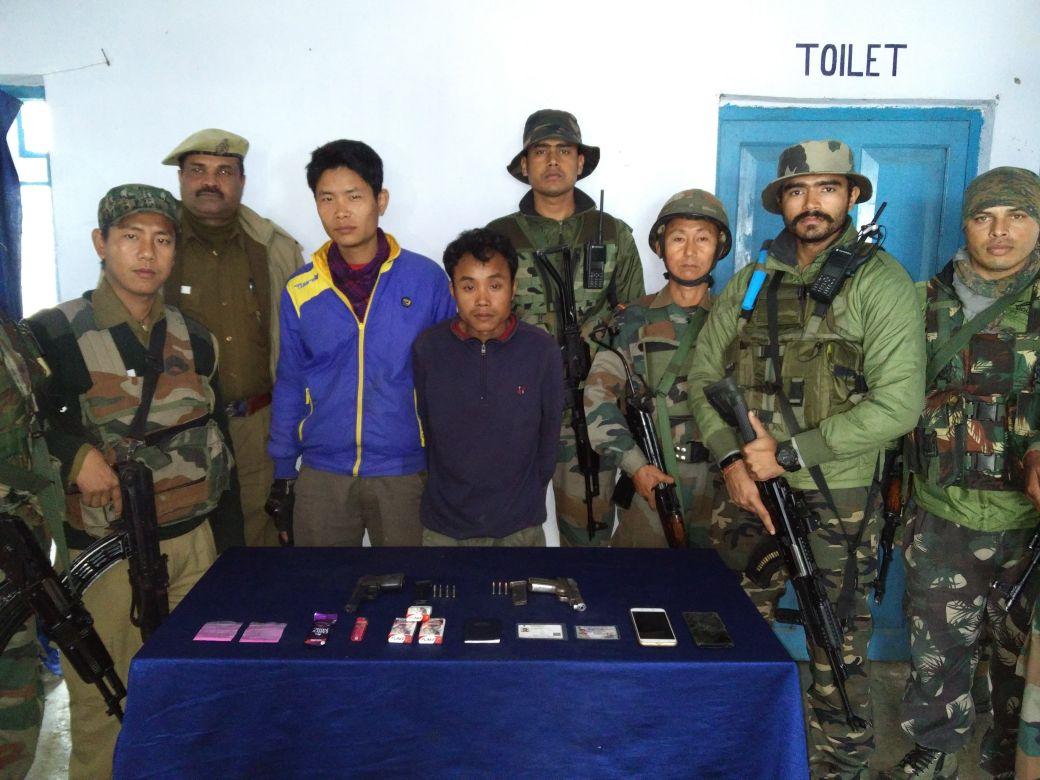 MARGHRITA: Despite a stepped up counter insurgency operation rebels keep moving to monger troubles along the Assam-Arunachal Pradesh border these days.  Security forces claimed to have captured two NSCN-R rebels in Arunachal Pradesh on Saturday and seized some incriminating materials from their possession.

According to information, identified as Jongsham Chena and Chedang Chena, the biker duo were apprehended near New Longtoi bridge by 14 Assam Rifles jawans early in the morning. Two pistols along with ammunitions, brown sugar were seized from their possession.

10 Mar 2012 - 3:29am | editor
Normal surface communication along the Assam-Nagaland border comes to a grinding halt on Friday following road blockade against Nagaland.ATTSA has blockaded the main thoroughfare at Mariani, the...

29 May 2012 - 3:40am | editor
The national human rights commission on Monday blamed the Assam government for starvation deaths in Bhuban valley tea estate a few months back. Led by a its chairman KG Balakrishnan, the Commission...

26 Oct 2007 - 8:43am | pbaruah
A new group of travel and tourism professionals comes up in Guwahati with a travel agency. Named as Natural Holidays at Guwahati the outfit aims at serving the demand of tourists in Guwahati.The new...