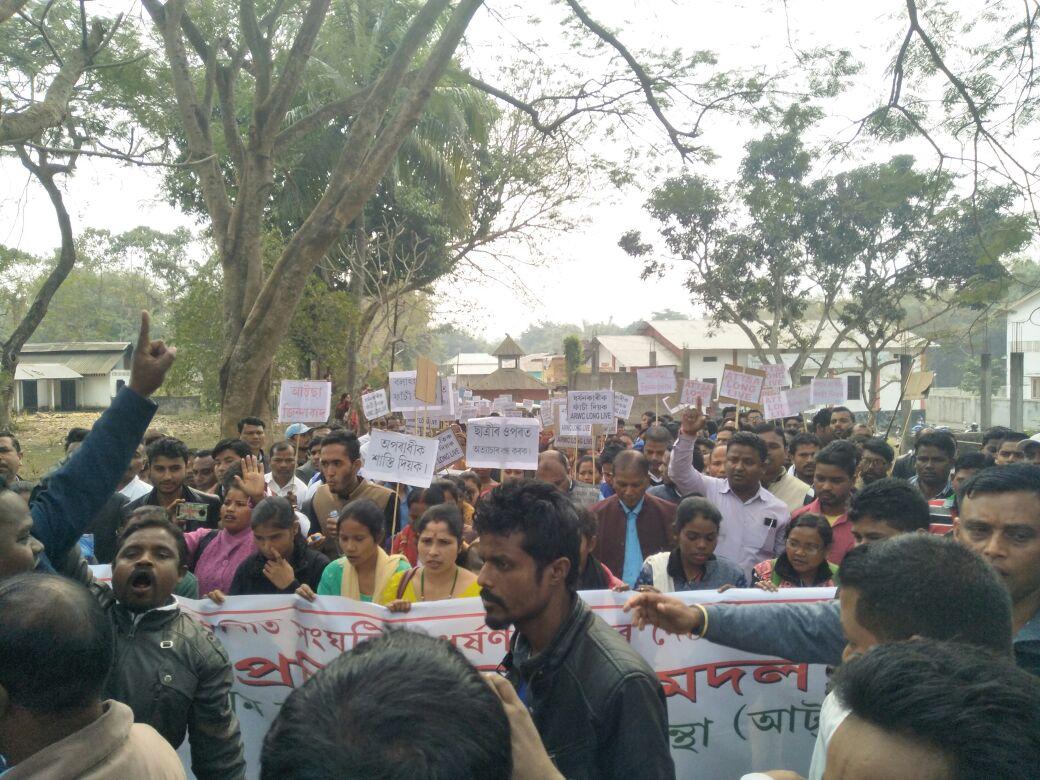 DHEKIAJULI: More than 10,000 people spilled to the road in Dhekiajuli on Friday demanding capital punishment of the 5 miscreants who gangraped a Class X girl last month.

Jointly Organized by ATTSA, AASU, AJYCP along with many other local organizations, the protest blocked a huge portion of the vital road for nearly three hours. With banners and playcards, the protesters raised the demand for capital punishment of the five rapists whom the police have already arrested. The protesters further demanded ₹10 lakh compensation for the victim.

The incident took place on the Saraswati puja day when one of the five youths took her away for outing to be joined by the four others inside a car where she was gangraped and they dumped on the roadside the next morning.

Later police have arrested to be sent to the jail.

12 Mar 2010 - 9:17pm | bishwajeetsinha
The theatre regime continues to enthrall Nagaon crowd with variety plays each comprising diffferent aspect of life in it. The latest to join the band-wagon here are 'Rajshree Theatre' which is going...

26 Sep 2016 - 5:56pm | AT New Delhi
The alleged violations of civil rights are set to dominate the huge civil rights summit in New Delhi on Wednesday. Manipur iron lady Irom Sharmila is set to steal the march when she would be...

26 Jul 2012 - 1:48am | editor
The CPI(M) has accused Dispur of a huge failure in firmly dealing with the situation to stop escalating violence in Assam. It asked the government to take immediate steps to restore law and order. In...