MARGHERITA: A traditional Singhpho tea has provided no less flavor in the recently concluded Jaipur Literary Festival fetching huge fame to Margherita. Popularly known as Singpho Tea Phalap, the fragrance of these packed tea reached the event through Manje La Proprietor of Singpho Heritage Tea whom the Assam tourism department facilitate with a view to promoting its flavor.

Manje La started making Singpho Tea Phalap in 2000 at his home based in No 2 Dibong Village. Singpho Tea Phalap is a traditional tea of the Singphos in Dibong,Ketetong,Inthem, Jagun and many areas. The tourism department has also promoted Muga Silk,Eri Muga,Til Pitha,Narikal Laroos. But for the first time Singpho Tea Phalap has reached the Jaipur Literature festival. 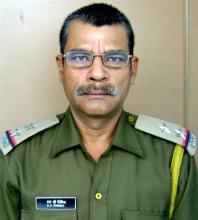 Police Medal for meritorious service for SI from Assam

28 Jan 2012 - 2:30am | editor
Sub Inspector NC Dihingia of Sashatra Seema Bal (SSB) has been awarded Police Medal for meritorious service on the Republic Day on Thursday. Dihingia, hails from Sivasagar, is currently posted at...

13 Feb 2015 - 1:40pm | AT News
Two persons were killed when suspected ULFA militants made a grenade attack at the house of a local businessman for refusing to pay ransom in Sivasagar district on Friday.The incident took place at...