Despite an elaborate security arrangement, a minor blast rocked Japorijog area in Guwahati on Thursday evening near a puja pandal leaving 8 persons injured. According to information, the incident took place some distance away from the Assam State Zoo in Guwahati. After preliminary treatment, they have been released from the Guwahati Medical College and Hospital. Police said it’s a handmade bomb and the injuries are minor. Later Police cordoned off the area near the blast site nut no one has been picked up.. Police are yet to ascertain the nature and cause of the blast, as it occurred on a sand heap near a puja mandap. Due to the low intensity nature of the blast, not many people were hurt. 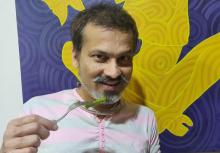 13 Aug 2020 - 1:30pm | AT News
Guwahati: Police have detained a youth in Dispur on the basis of a complaint lodged by Zubeen Garg who alleged an attempt of attack on him by a group of goons on Wednesday night. According to the...

28 Mar 2018 - 3:19am | AT News
NEW DELHI: The speakers at a national convention in New Delhi on Tuesday strongly opposed the ongoing process to update NRC alleging it an attempt to drive out from the state nearly 50 lakh...

23 Jun 2008 - 2:37am | editor
A journalists meet at Guwahati Press Club today insists on providing space for the accused journalist Mukul Pathak, who was arrested by the CBI officials few days back (with the ex-Education minister...