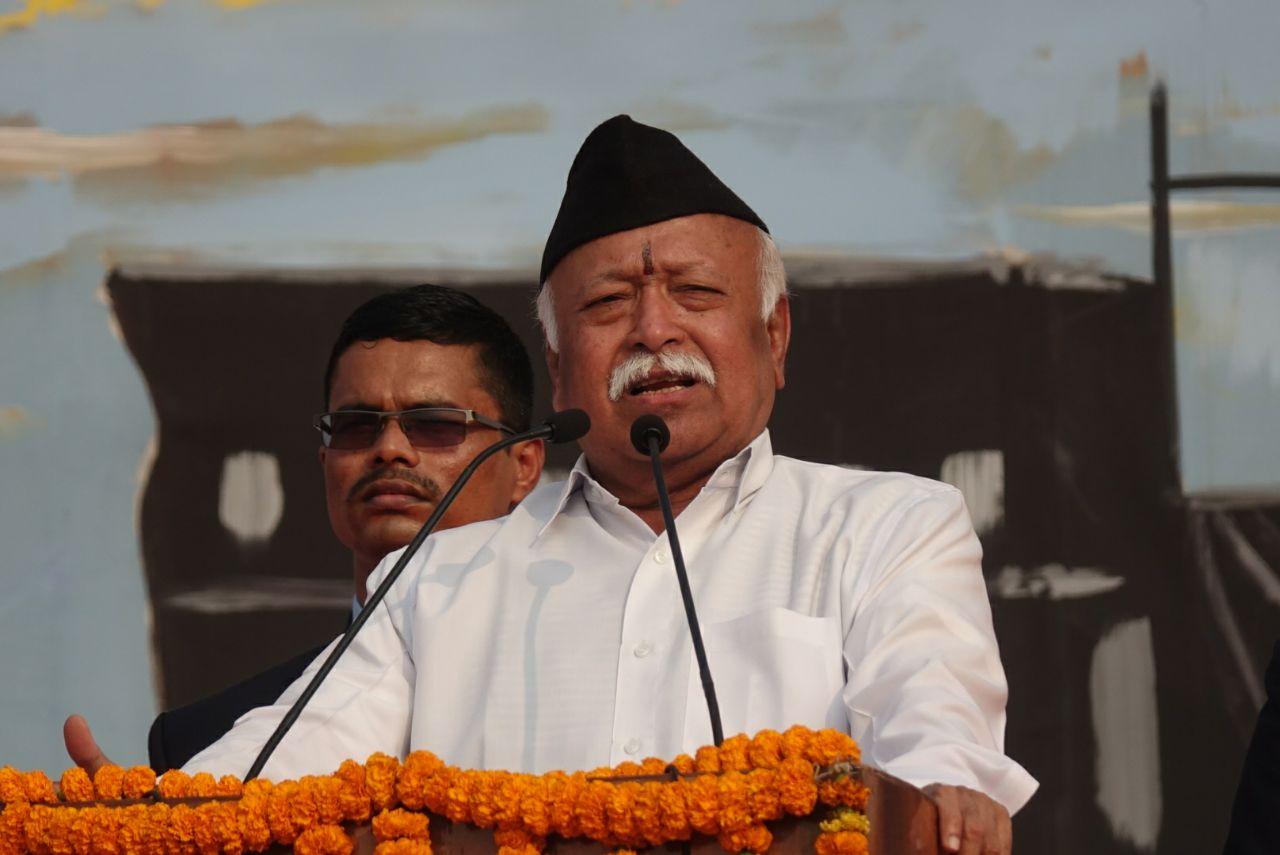 GUWAHATI: RSS is born and brought up purely for social cause and it wants to spread its culture and vision among millions of the people living in this country. This was more or less of what Mohan Bhagawat said as the RSS chief was addressing a mammoth rally in Guwahati on Sunday. In his speech, the Sangh chief flanked by many of his Assam leaders and BJP leaders and legislators said the time has come to respect the country’s diversified culture which will stand tall on this planet.

Many BJP leaders and ministers,  nearly two dozen titular tribal kings and Vaishnavite monastery heads shared the dias as nearly 50,000 people poured in the first ever huge RSS rally in the premier north eastern city. BJP general secretary who holds the charge of the party’s North east affairs Ram Madhav was prominent among those who were spectators dressed in RSS uniform.

Dressed in the sangh unifom thousands of people from the far flung areas thronged the Khanapara venue in the morning and helped the organizers make the event a success. Talking to www.assamtimes.org, the organizers said that thousands of the Guwahati based sympathizers have provided the participating people with food of their own.  Senior BJP leaders and Union minister Rajen Gohain, state ministers Himanta Biswa Sarma, Ranjit Dutta nearly 70 MLAs, MPs attended the meeting.