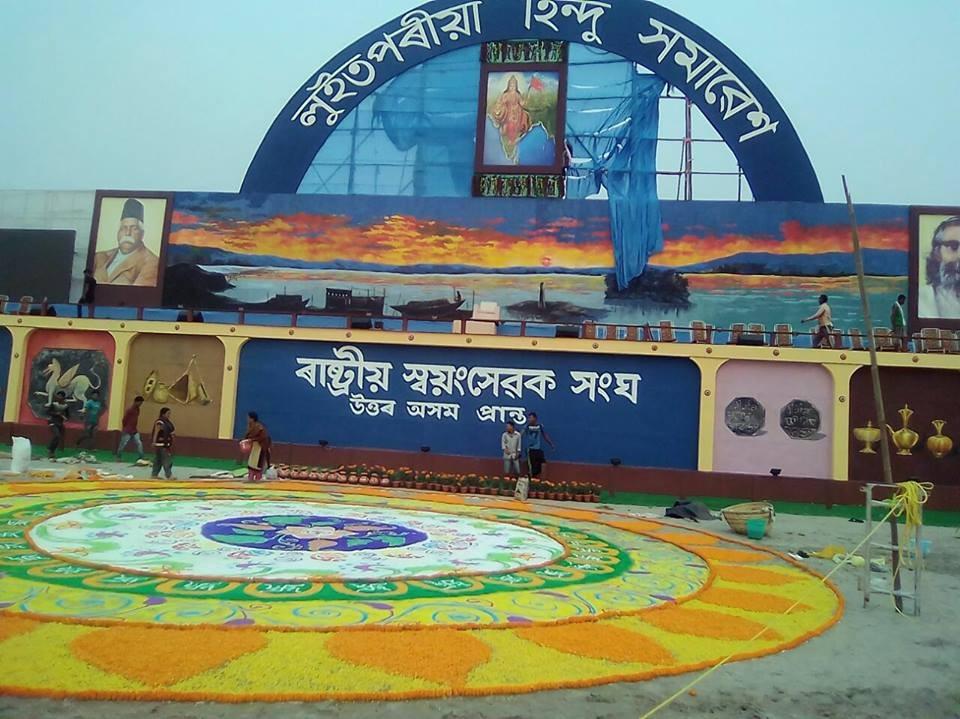 GUWAHATI:Guwahati is holding a huge RSS rally on Sunday forcing the authority to step up security in the face of an escalating criticism from a section of political parties and organizations.

Security forces have been guarding the venue in Khanapara where RSS chief Mohan Bhagawat is addressing the rally.

Talking to www.assamtimes.org, organizers said more than one lakh people from Assam apart from the neighbouring Meghalaya would be attending the rally.

"Nearly a dozen of community heads or titular kings and monastery heads have confirmed participation in the event where thousands of families in the city of Guwahati have come forward to receive the gathering with food," said an organized.

Chief minister Sarbananda Sonowal along with his cabinet colleagues are attending the rally.

Thousands of people from the far flung areas of the state have already reached the capital city in the morning. "I have come from Lakhimpur with 20 other people to attend the rally. We have already heard a lot of Bgagawat--both positive and negative. But let's us hear what he says," said Kumud Goswami, who is leading a team from Lakhimpur.

Assam Congress president Ripun Bora alleged on Saturday that RSS is holding the rally to politicize the religion which will destroy the secularism character of the north eastern region.

21 Apr 2015 - 8:15pm | AT News
Amid growing incidents of rhino poaching in Kaziranga, a wild tuskar died at the hands of the poachers in Karbi Anglong district on Tuesday. The poachers sprayed several rounds of bullets in the...

18 Apr 2009 - 8:26am | Juthika Das
A review meeting was held at Barpeta circuit house yesterday regarding the submission of the election expenditure of the candidates of various political parties of no 6 Barpeta Loksabha...