Kokrajhar: A six member team of the Central Bureau of Investigation(CBI) has started probing the murder of Lafikul Islam Ahmed in Kokrajhar four months after the sensational case struck the state. Led by CBI SP attached to special crime branch Upendra Kumar Agarwal, the CBI team based in Kolkata arrived in Kokrajhar on Thursday and visited at the spot at Titaguri Bazar and rushed at Salakati SBI branch office.

The CBI team which is camping at the Kokrajhar Circuit House and has been extracting inputs for the probe. The investigation agency has already questioned some eye witness  apart from interacting with the police officials. They interrogated the owner of the JK Trader Gautam Khundo and bullet injury survivor Shubangkhar Chakrabarty where Lafikul was shot dead by unidentified miscreants on August 1, 2017. The CBI team checked bank accounts belonging to Lafikul Islam at Salakati SBI branch and interacted with bank officials.

14 May 2008 - 1:28am | editor
The Government Railway Police (GRP) today recovered brown sugar weighing over 1 kg from the possession of three drug peddlers in the Kamakya Railway station, Guwahati this afternoon.According to GRP... 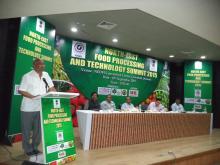 21 Sep 2015 - 10:41pm | AT News
Federation of Industry and Commerce of North Eastern Region (FINER), in association with the Ministry of Food Processing Industries, organized the North East Food Processing and Technology Summit at... 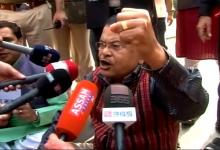 26 Apr 2018 - 12:40pm | AT News
DIBRUGARH: The much awaited Assam cabinet expansion has given birth to simmering discontent within BJP where a senior leader has pulled out of a crucial party panel set up to boost the morale of the...