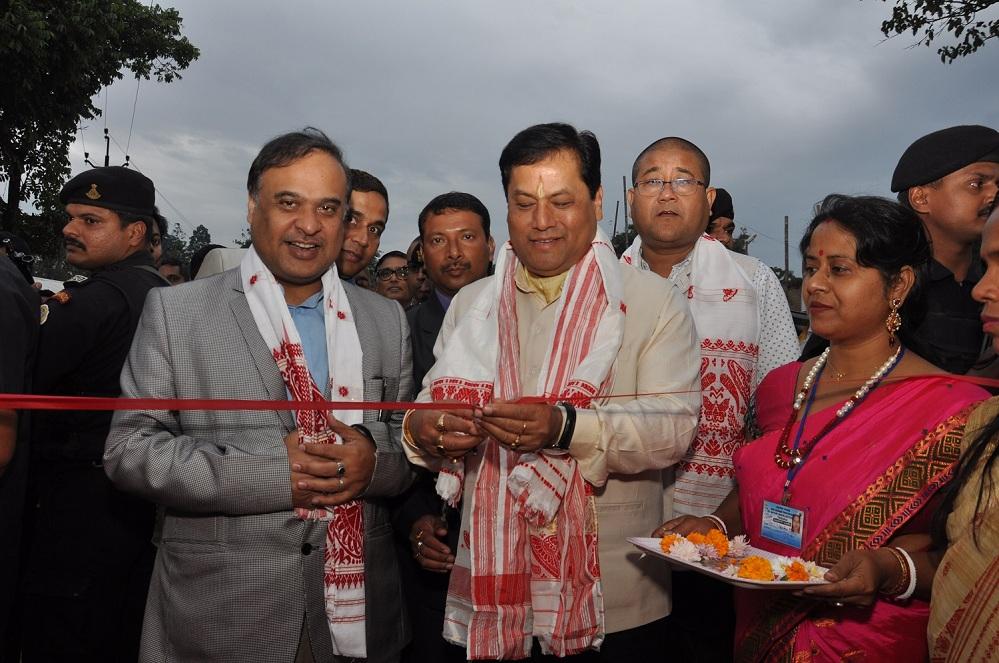 DIBRUGARH: Chief Minister Sarbananda Sonowal laid foundation stone of Swadesh Darshan Scheme at Dibru-Saikhowa National Park to develop a theme based tourist circuit in an integrated manner to cater to both mass and niche tourism at Chabua in Tinsukia District on Tuesday.

In his address, Sonowal said the project has the potential of preserving local traditions, culture and customs. The project, which would be developed in synch with nature, would also go a long way in enriching scopes of tourism in the state besides increasing local employment opportunities, he stated. Sonowal also asked the people of Chabua to consider the project as their own and extend all possible cooperation for the successful implementation of the project.

Tourism minister Himanta Biswa Sarma hailed the project as a great tourism booster. He said since the local people would be engaged in successful implementation and operation of the project, it would lead to an improved quality of life for the people living in the surrounding areas. He also hoped that once the project is implemented the state would witness phenomenal increase of footfalls of both domestic and foreign tourists.

30 Jun 2013 - 8:08pm | AT News
The International Day against Drug Abuse and Illicit Trafficking was celebrated by the Mission North East, a leading NGO of Baksa district in collaboration with the State Anti Drug and Prohibitipon...

27 Oct 2017 - 9:25pm | Shajid Khan
Hundreds  of devotees offered prayers to the setting sun on the bank of rivers and other water bodies of the town on the occasion of Chhath Puja on Thursday evening and Friday...

24 Oct 2014 - 8:30am | Hantigiri Narzary
Properties worth lakhs of rupees have been reduced to ashes when a tent house caught fire in Kokrajhar on Thursday.The incident took place at the Subashpally-based Subdev Tent House area at night....