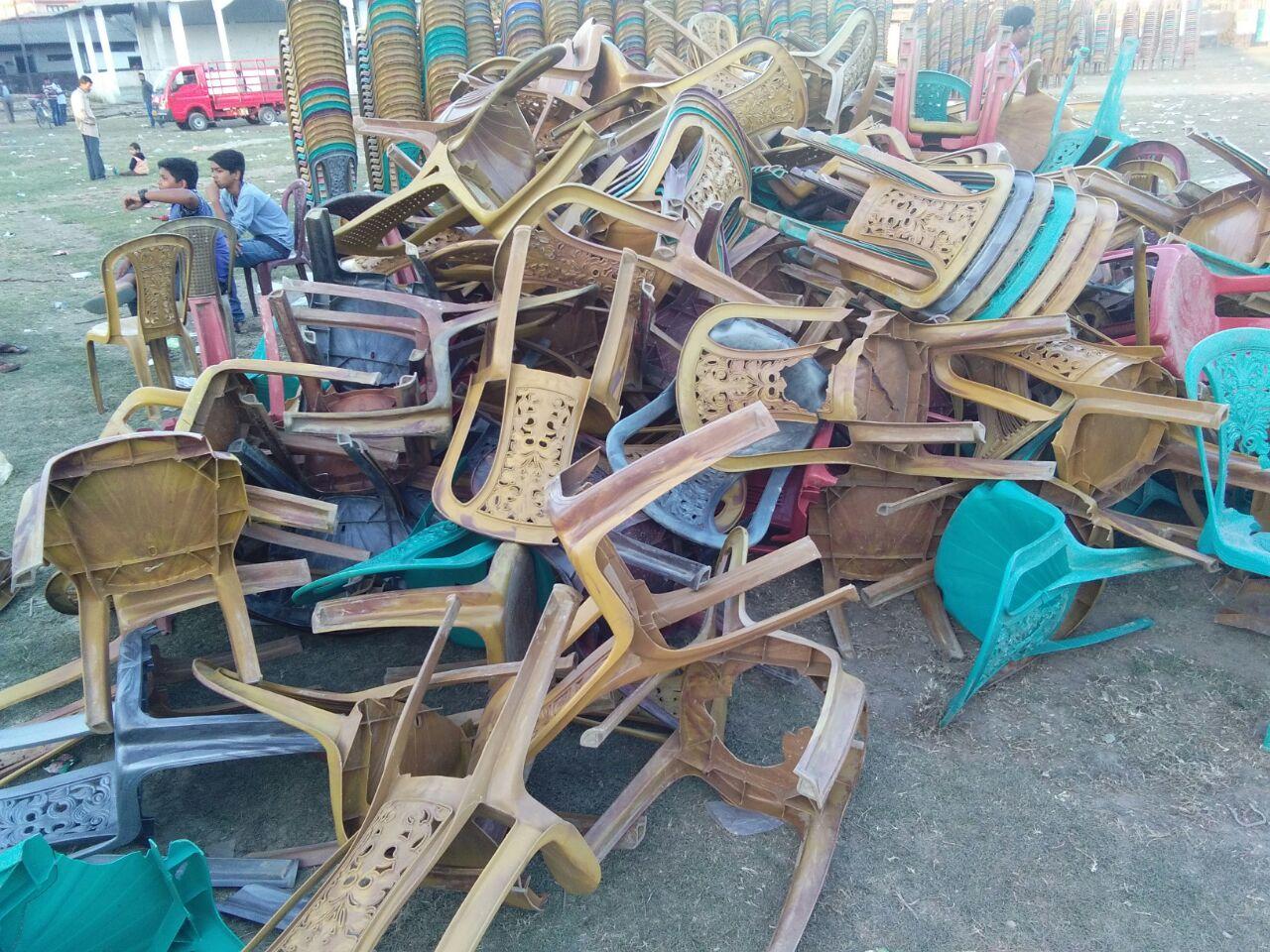 MARGHERITA: An uneasy situation prevails in Tinsukia after an irrate mob vandalized a pendal meant for a cultural show of a Bhujpori singer who is known for controversial stage performance. Assam Sanskritik Samanboi Samity and All Assam Hindu Student Union, two lesser known  organizations hosted the function at the Tinsukia Tambulbari Piyali Phukan Auditorium where the audience destroyed the pendal on Monday for defying the diktat served to them against the singer in question Pawan Singh.

As Kumar started performing, the irrate audience stood up and broke chairs  forcing the organizers to halt for a while. "I purchased a ticket for Rs 1500 but unfortunately only three songs were sung by Controversial Bhojpuri singer Pawan Singh which made me anger and I immediately left the programme and promised not to watch such type of filthy programme," said an audience.

Notably, seven student organisations in the district submitted a memorandum to Tinsukia District Deputy Commissioner opposing the singer. But of no avail. The tent house owner claimed to have suffered a loss of Rs 3 lakhs and demands the amount from the organizers and if within three days the organising Committee doesn't pay the amount they would lodge a complaint before the police. The total budget of the programme was Rs 16 lakh. But the organisers paid only a little amount to the  singer.

2 Apr 2011 - 4:31pm | editor
Prime Minister Manmohan Singh is campaigning for party candidate today, a day after Sonia Gandhi addressed a few poll rallies for the first phase of assembly polls even as ULFA greets him with a...

19 Jan 2012 - 12:09am | editor
Dr. Abani Chandra Goswami, a scientist who retired as the Head of the Department of Chemistry from Jorhat Institute of Science...

19 May 2020 - 6:15pm | Nava Thakuria
Amidst myriad devastation created by the novel corona virus around the world, news industries might learn to survive with regained credibility, continued authenticity and most sought after...