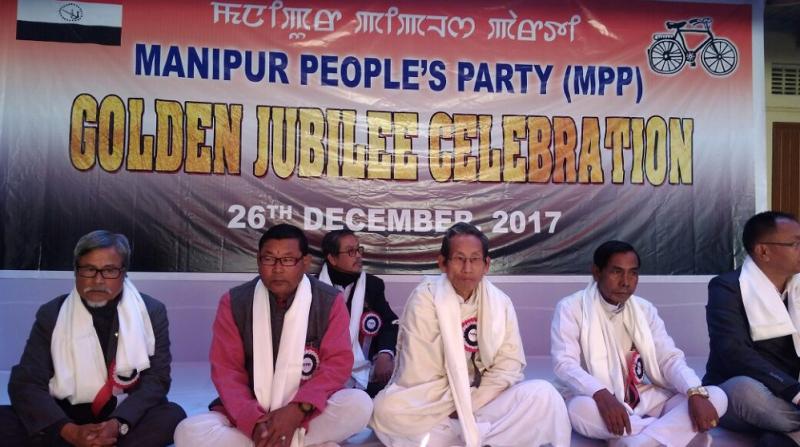 Caught in a dire dilemma over the Naga peace framework agreement with the Centre, the Manipur People’s Party (MPP) on Tuesday took on both BJP and Congress accusing them of downplaying the interest of the state.

Eating war against both the parties on Tuesday in his address at the party’s golden jubilee function in Imphal, newly elected party president Oinam Jugindro said,”MPP feels strange what the Congress and BJP have been showing to the people over the issue of territorial integrity of Manipur,”

Jugindro said his party has launched a sustained campaign to safeguard the territorial integrity of the state and pledged that MPP will always fight for the cause of the people of Manipur.

He accused both BJP and Congress of lying to the people over the Framework Agreement which was signed between the Centre and NSCN (IM) on August 3, 2015.

“Their thought is something else while their action is false. MPP condemns it,” Jugindro further said.

Recently, MPP organisation plunged into uncertainty after it faced a growing tension over appointment of party president after N Sovakiran was removed from the post in May 2017, accusing him of misusing huge party fund, besides indulging in anti-party and anti-social activities.

MPP was set up in 1968 by a group of dissidents from the Indian National Congress (INC). The party ruled Manipur for two terms. In the 2007 assembly polls, the MPP secured 5 out of the 60 Assembly constituencies in Manipur. 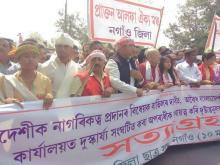 30 Aug 2017 - 11:50pm | Shajid Khan
Beware. Frauds are moving around you. The latest victim is a school teacher who had to hand over his ATM details acting on a wrong information by a fraudster.  It took place in Dimakuchi where...

4 Apr 2016 - 10:49am | Abdul Kalam Azad
This is election time in Assam and political parties are not leaving any stone unturned to get as much vote as possible. If someone is promising to create 2.5 million jobs in next five years, other...