Will Akhil get bail in Dudhnoi? 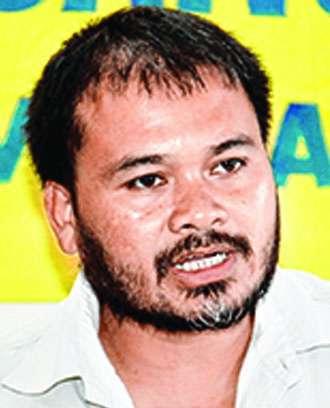 DUDHNOI: A day after getting Akhil Gogoi in their custody, the Dudhnoi police is producing the KMSS leader before a local court on Sunday. KMSS leaders and workers who are gathering in large number at the court premises hope that Gogoi would be able to procure bail in the afternoon. Amid a mammoth security arrangement the Dudhnoi police arrived at 9 in the evening from Dibrugarh in connection with a case where his activists allegedly wiped out the sign board of the Dindayal Upahyay College.

17 Sep 2012 - 2:51am | editor
Flood situation in four districts remains grim. The waterlevel of the Brahmaputra and its tributaries continues to maintain a rising trend following incessant rainfall in the catchment areas. Over...

17 Aug 2012 - 5:50pm | pallavibarua
The Bodo community of Assam is the worst sufferer of the policy of illegal migration for rise in the number of voters. This group of people are the most affected by the ‘Vote-Bank’...

20 Jul 2021 - 7:57pm | AT News
Governor Prof.Jagdish Mukhi has extended his greetings to the people of Assam on the occasion of the holy festival of Islam Id-ul-Zuha. In a statement here on Tuesday, Prof. Mukhi said, “I...