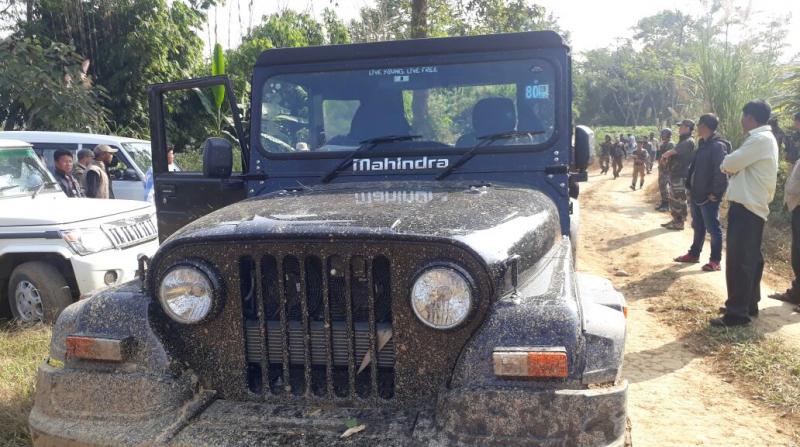 KHANDUBASTI: Army, police and paramilitary forces deployed in search of Arunav Phukan have been concentrating on Khandubasti where suspected ULFA-I rebels are believed to have been hiding with the local BJP leader's son whom they kidnapped on Friday.

Local residents in the outskirts of the dense jungle claimed to have been hearing the sound of gunfiring from noon suggesting an encounter between security forces and rebels. But there is no official confirmation of any gunbattle.

Security forces on Saturday morning recovered the vehicle in which Arunav was travelling to the stone query owned by his father Dilip Phukan, an established businessman in Margherita and a close aide of MLA Bhaskar Sarma.

The abandoned vehicle was found near a dense jungle of Laraibasti suggesting that the abductors were not far away from the spot forcing the security people to cordon off the entire area.

Phukan straightly denied receiving any extortion notice from ULFA-I. But sources told Assam Times that the family has received the notice from the rebel group.