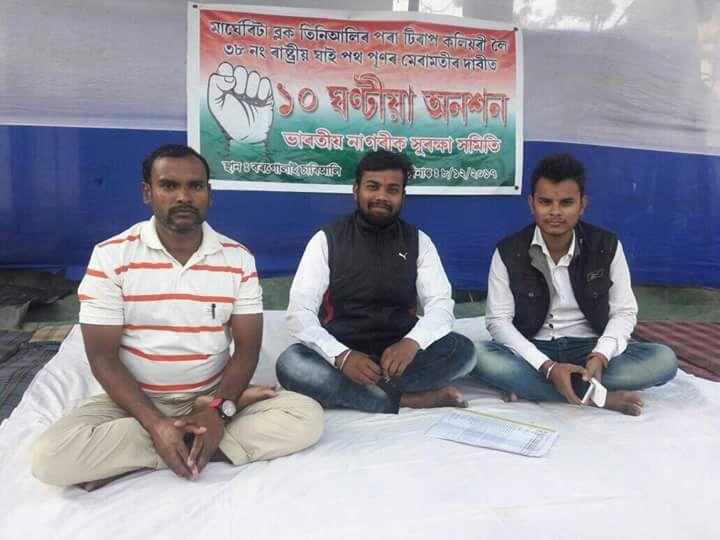 MARGHERITA: The Nagorik Surakhya Samity in Margherita on Friday staged a 10 hour hunger strike demanding immediate steps to repair the National Highway No 38 which has been languishing in dire strait for years.

The leaders of the local organizations thronged the Borgolai Tiniali in the morning and started sitting on hunger strike for 10 hours.

Talking to Assam Talks, Prakash Sarma and Amit Debnath said that despite repeated appeal the authority refused to act. "Now we think the democratic way us the hunger strike. Let's see what is in store" said Sarma. 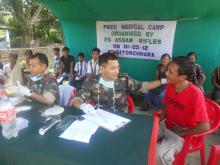 22 Feb 2014 - 10:58am | AT News
Encouraged by the huge and successful rallies, BJP will further hold two huge rallies to be addressed by Narendra Modi in March.Senior party leaders told Assam Times that the BJP prime ministerial...

15 Jan 2014 - 2:42pm | AT News
Chief Minister Tarun Gogoi on Wednesday rallied behind Rahul Gandhi two days after the Congress Vice president announced his preparedness to shoulder any responsibility.Talking to reporters in Dispur...