AJYCP hits the streets in Margherita 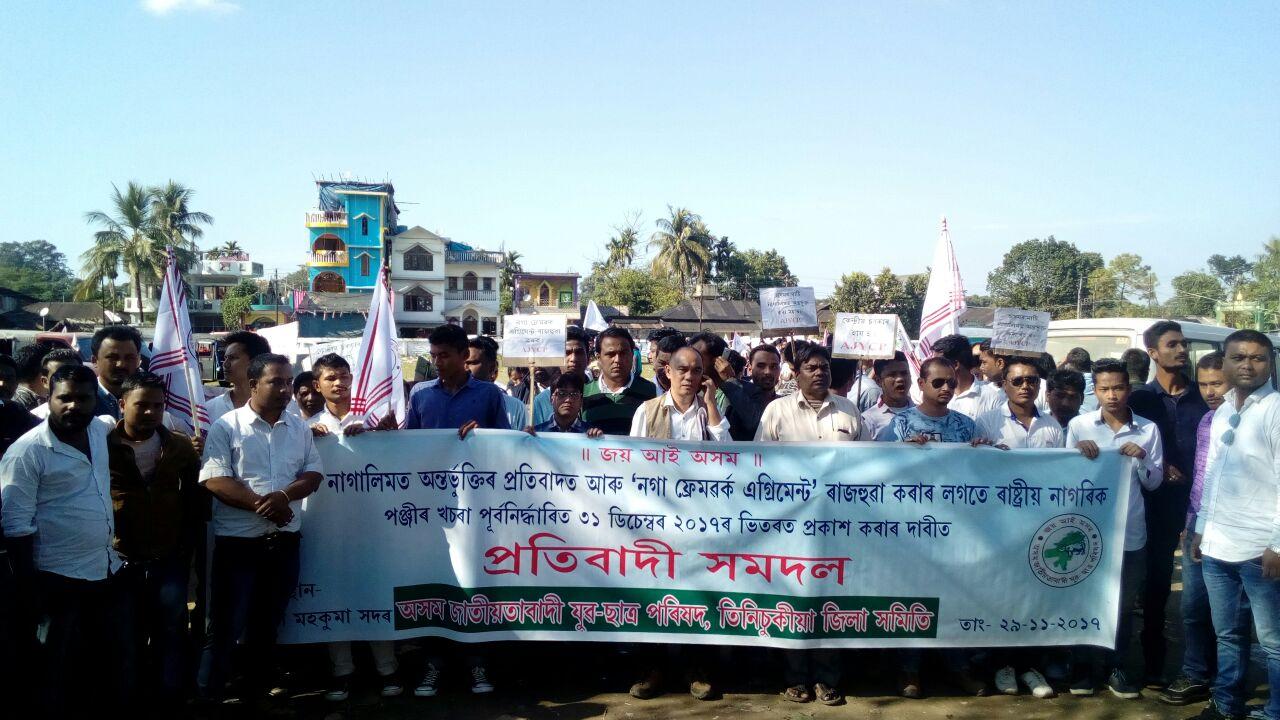 MARGHERITA: AJYCP leaders and workers in Margherita hit the streets on Wednesday in protest against the move to form the greater Nagalim with the inclusion of some areas of Assam.

With banners, play cards and festoones, the protestors shouted slogans warning the government of dire consequences if Assam is forced to shed even an inch of land in the name of Nagalim.

Surojit Mohon, Tinsukia AJYCP president said since BJP came to power the government has been trying to appease the Naga people even at the cost of territorial integrity.

More than 500 activists who were participating in the procession to the SDO(CIVIL) office demanded NRC draft by December 31, 2017.

Media should not miss missionary character

14 Oct 2012 - 10:00pm | editor
More and more media houses may be driven by the business interest, but at the end of the day the media should not miss its missionary character. More over, the media house owners should not engage...

18 Jul 2016 - 1:31pm | AT News
An escalating tension in Raha got no less prominence in the Assam Assembly on its day one of the budget session on Monday. The Opposition cornered the Sonowal Government alleging its failure to...