Help & support pouring in for Angkushita 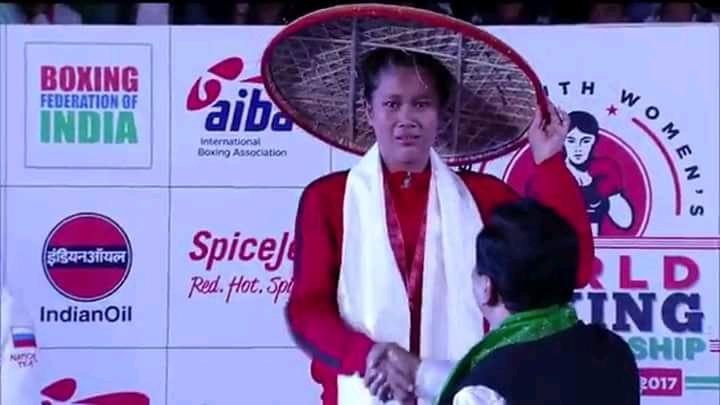 GUWAHATI/KOKRAJHAR: Financial help and support are pouring in for Angkushita Boro a day after the 17 year old pugilist from Dhekiajuli struck gold in the AIBA's youth women world boxing championship on Sunday.

The Assam government has announced ₹10 lakh for her while AGP has paid her a cheque of ₹2 lakh. Former chief minister PK Mahanta has promised her one month's salary.

On the other hand, BTAD chief Hagrama Mohilary will felicitate her with ₹5 lakh at a huge public function at KDSA stadium on Wednesday.

BTC sports department has already announced  ₹2 lakh just before she went to the ring to take on her Russian rival.

6 Apr 2013 - 4:49pm | AT News
The dissident Congress legislators would have to face action if they proceed with the practice.AICC General secretary Digvijaya Singh told reporters in Guwahati on Saturdaythat that the party would...

5 Nov 2011 - 10:12pm | editor
Pride of Assam Dr Bhupen Hazarika is no more. He was 85. The end came at 4:30pm on Saturday at the Mumbai-based Kokilaben Dhirubhai Ambani Hospital where he was undergoing treatment. Hazarika was...