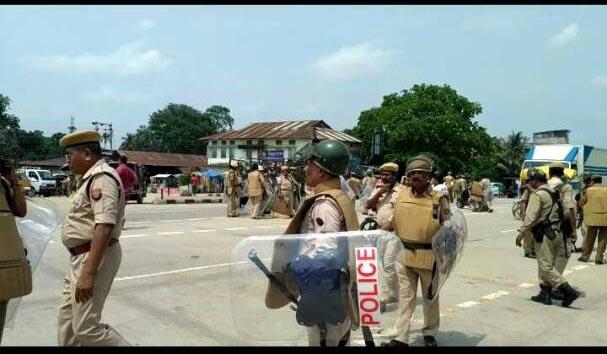 GUWAHATI:Guwahati and its adjacent areas have turned into a war zone when a mammoth security arrangement is in place to evict the illegal settlers inside a reserve forest in the outskirt of the city on Monday.

Defying an escalating protest across the state by dozens of organizations the forest department and Kamrup district district administration have jointly resumed the eviction drive in the Anchang reserve forest areas on Monday.

A huge team of forest and district administration officials has reached the area where they started evicting the settlers who hit the streets in Guwahati on Sunday.

Apart from 300 police men and CRPF jawans are positioning in different locations to prevent the protestors from disrupting the massive eviction drive which will continue for three days.

Several bull dozers, excavators and elephants are being deployed to evict the illegal settlers who are mostly tribal forcing them to sit in strike.

"This is Gauhati High Court order. We will do whatever needs to be done. Sufficient police, CRPF and forest guards are being deployed to smoothly conduct the eviction drive on Monday and Tuesday," said a district administration official.

Dozens of tribal organizations have enforced a 12 hour Assam bandh from early in the morning in protest against the eviction drive.

The eviction hit people in large number have come out to the streets alleging conspiracy to evict them instead of the Bangladeshi settlers.

"Never does the government evict the Bangladeshi immigrants fearing setback in the election. But we are smartly evicted. Where will we go now?," said Rumi Deka, minutes after their hut was dismantled. 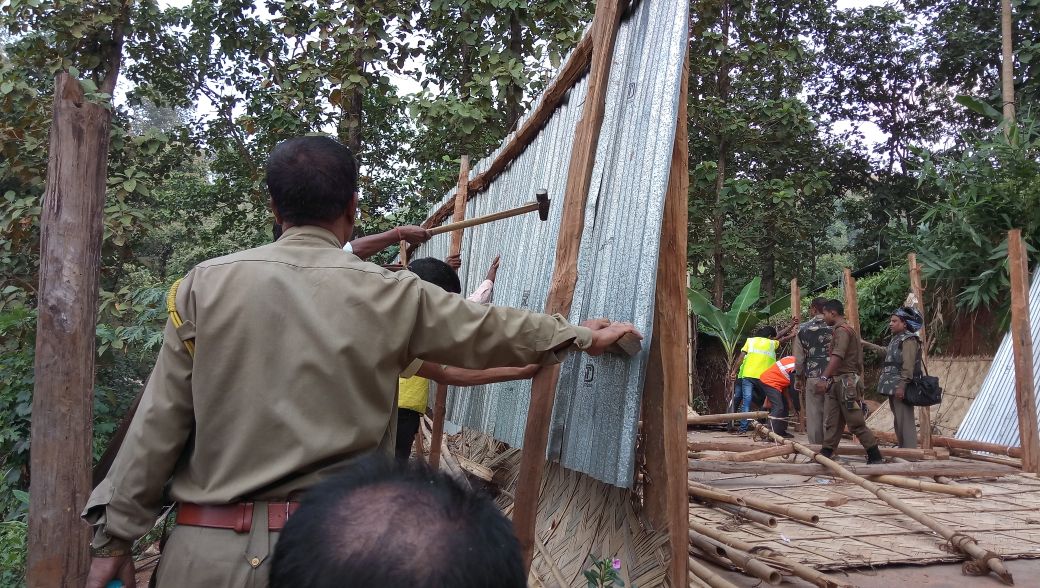 5 Mar 2014 - 3:45pm | AT News
In yet another massive setback for KMSS, the Gauhati High Court on Wednesday rejected anticipatory bails for Kamal Medhi and Dharya Konwar wanted in connection with the recent self immolation case in...

26 Apr 2012 - 3:53am | editor
The Electronic Media Forum Assam (EMFA) has expressed serious concern at the abuse of media space by a registered multilingual bi-weekly newspaper from Guwahati, where a last page article with the...

18 Sep 2015 - 10:11pm | AT News
Ziro in Arunachal Pradesh is getting a fresh look two days before the historic Nyishi-Apatani Summit. People start thronging in thousands from Saturday in the hilly township to get their names...