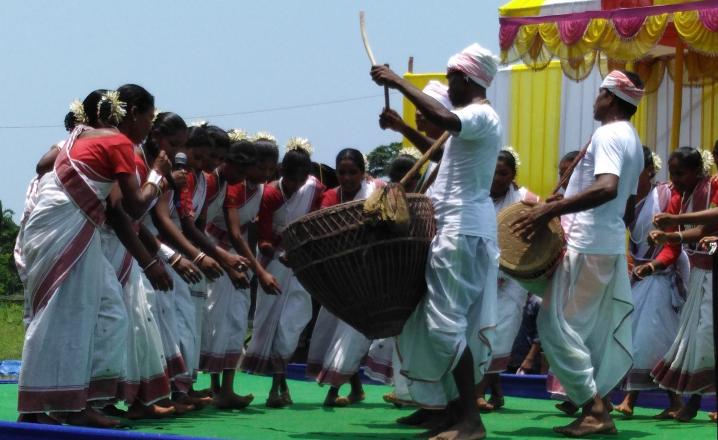 Kokrajhar: The 164th National Integration Day of Adivashi was celebrated today as the day "Santhali Hull Day " with day long programme scheduled at Joypur ground in Kokrajhar district on Sunday. The day was organised by Adivashi National Convention, an umbrella organization of Adivashi community organizations.

President of Adivashi National Convention Boyal Hembrom hoisted the celebration flag in the morning followed by homage to martyrs by Hopna Soren,secretary of Adivashi Seva Samiti.

An open session was also organized on the occasion with Ananius Hembrom,president of the celebration committee in the chair.

President of the ANC , Boyal Hembrom told that Adivashi peoples are celebrating the Hull Divash every year to make recalling the contributions of the Siddhu Murmu and Kanhu Murmu who had rendered their sacrificed their lives for the caused of the freedom of India country.He said that even though Adivashis had rendered lots contributions to the mother land of India,but till today no welfare and proper development saw among Adivashis in the state of Assam.

He has accused government has no keen interest to make proper welfare and development in the state and so Adivashis are seeing behind under backwardness.

Next media OPD clinic on Saturday

5 Dec 2008 - 1:39am | editor
Rattled by the recent serial blast, the Assam government is considering more teeth in the laws to deal with terror saying that the existing laws are not enough to serve the purpose.Addressing a press...