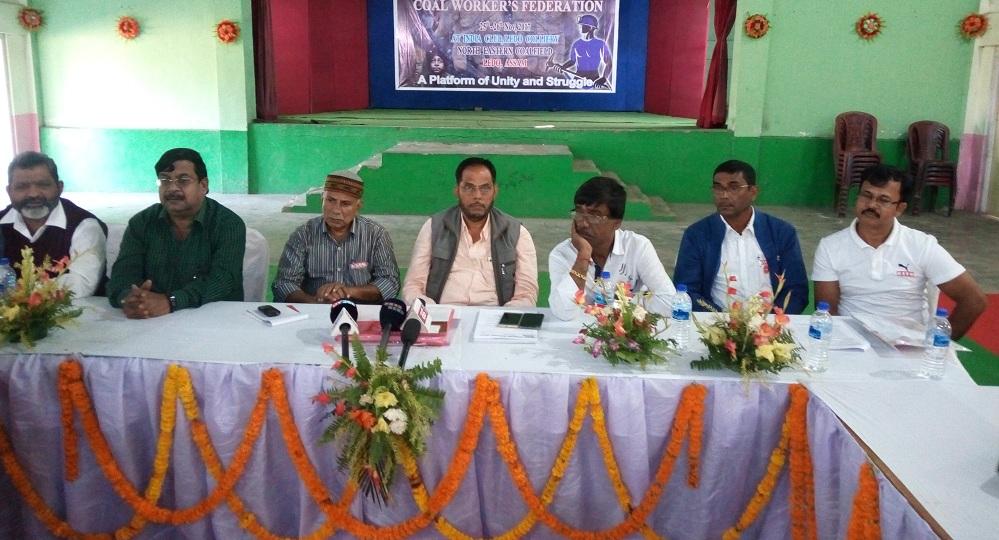 All India Coal Workers Federation leaders have come down heavily on the NDA government at the Centre alleging a set of anti people policies which have ruined the country’s economy.

Addressing a press conference in Margherita at the end of the annual session  at India Club on Sunday, AICWF general secretary DD Ramanandan said NEC Coal has never tried to deploy the unemployed lots from the locality.

He said the government has been destroying the coal mines hiring private companies which gives rise to the unemployment problem.

The Union leader took on Narendra Modi for interrupting the labour rights which was why, 273 out of 417 coal mines have faced closure.

RCMU general secretary Swapon Roy said the NEC Coal has paralyzed the local economy by closing the underground mining where many workers have been transferred and only 1400 have remained.

The Union leaders said they would sit in stir on December 12 demanding measures for safety and security of the contractual workers deployed in the coal mines.

Altogether 41 working Committees from all over Coal mines of the Country were present where Tapan Sen, Member of Parliament Rajya Sabha and General Secretary of CITU all India Committee were present.