More than 500 local residents in Margherita staged dharna in front of the West Range Forest office which falls under Digboi Forest Division alleging rampant rise in the illegal sand trade smuggling on the Hill view Joymati that.

With banners and festoons, shouted various slogans blaming it all on Pinku Singh. the Margherita East Range Forest officer. They alleged that more than 500 vehicles keep moving in the area carrying sand from Hillview Joymati Ghat where the government has been losing revenue.

According to sources, identified as Sheku Ahmed and Jun Baruah, the close associates of Margherita MLA Bhaskar Sharma clash with each other where Jun Baruah sustained injury. Both they moved police. But later they withdrew the complaints.

Ramanus Lakra, General Secretary, AASAA Tinsukia District Committee said that Chief Minister Sarbananda Sonowal who promised Zero Corruption has been remaining mute even after he came to know these happenings. He further demanded suspension of Margherita West Range Forest officer Pinku Singh who has been allowing these to happen for bribe. 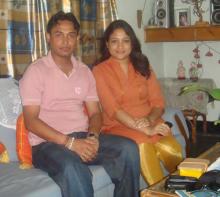 17 Sep 2015 - 9:45am | AT News
It was none other than NSCN-K who made an abortive to blow up a vital bridge in Silchar on Wednesday. The disquieting revelation has come to light when police interrogated Mostor Ali Laskar along...