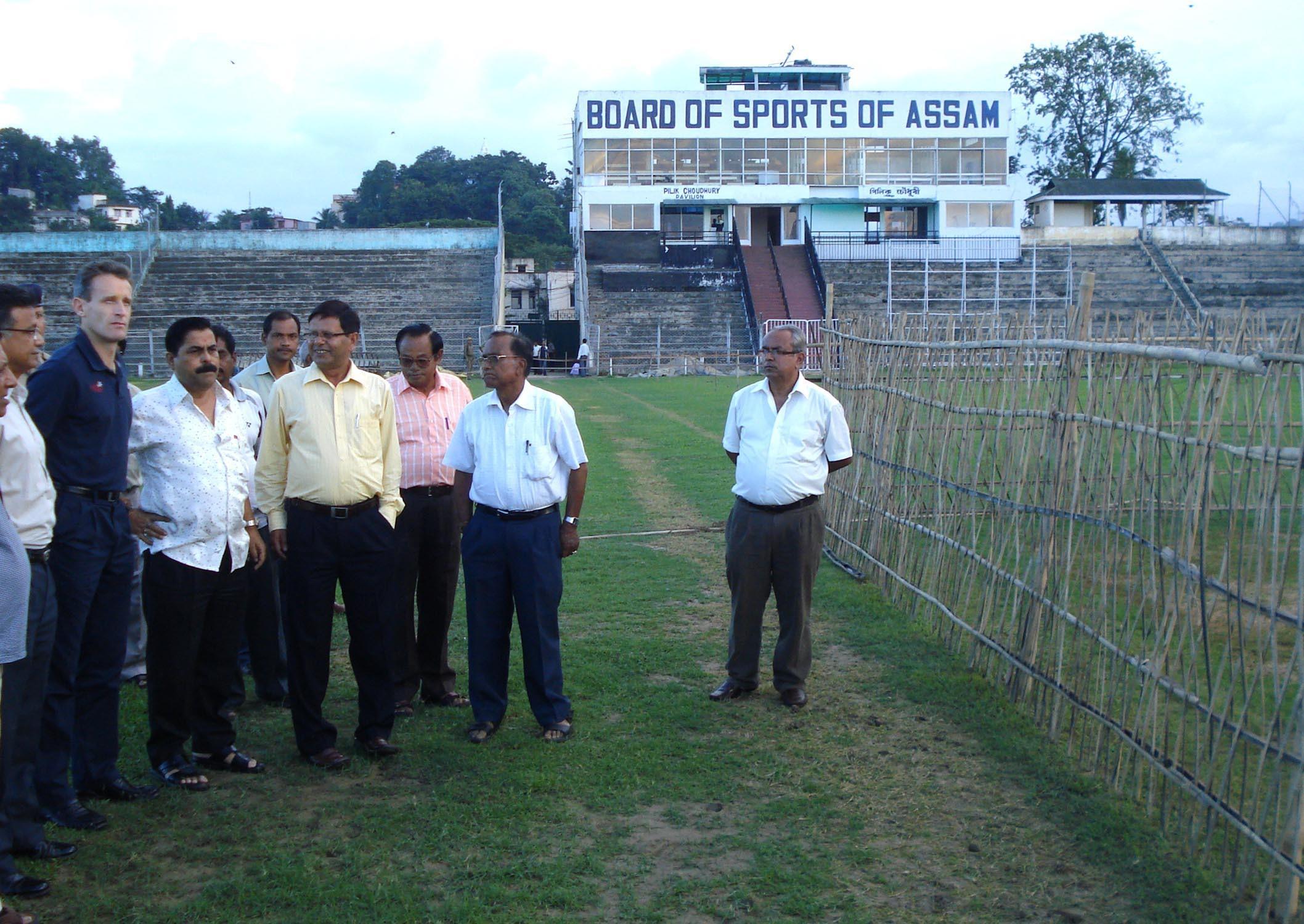 The England and the Wales Cricket Board (ECB) is not happy with the itinerary of its November-December tour to India, released by the Board of Control for Cricket in India (BCCI) despite that top cricket officials today visited the Guwahati venue. Reg Dickason and John Carr; Director of Cricket Operations (DCO) England and Wales Cricket Board (ECB) inspected the outfield, pitch and security scenario and the workout gym of Nehru Stadium the venue of 6th Indo-England One Day International(ODI) Cricket match scheduled on 29th November 2008 in Guwahati. They however didnot disclose the result of the findings this evening.

The ECB said it was disappointed that, despite its representations, the itinerary doesn't offer the thousands of supporters who follow the England team abroad, the opportunity to experience the great cricket grounds of India. The ECB is obviously not happy with the fact that major venues like Kolkata, Bangalore and Chennai did not feature in the series, which comprises seven one-day internationals and two Test matches.

The series starts with the first one-day match in Rajkot, Nov 14 and will conclude with the second Test to be held at the Cricket Cricket Club of India, Mumbai from Dec 19. Meanwhile Guwahati city is hosting the 6th ODI on 29th November 2008. Some of the smaller centres like Rajkot, Jamshedpur and Indore will be hosting the one-day matches as the per the BCCI's rotation policy.

The ECB also said that the acceptance of the itinerary remains subject to acceptable logistical arrangements and an acceptable security environment and arrangements being in place at each venue.

17 Feb 2018 - 11:40am | AT News
MARCUS KANYAK KOHIMA: A Nagaland poll candidate had a narrow escape from a bid on his life on Friday keeping the pre poll political landscape on the boil. He is none other than T Chalukumba, the...

3 Mar 2017 - 9:00pm | Shajid Khan
A 31 year old Mukut Koch allegedly hacked his father to death at their house in  Odola under Harisinga police station in Udalguri district on Thursday night  over a trivial dispute on...