Events carry the prestige of Assam far and wide: ULFA [I] on FIFA U-17 World Cup

“I, on behalf of my organisation, thank FIFA for bringing International Football to this remote part of the world and a warm welcome to the FIFA officials and players of different nations to Assam,” states Abhizeet Asom, the elusive Chairman of the outfit.

He believes that the people of Assam will immensely benefit by the experience, learning about international standards in football by witnessing the ways and manners of the teenage players from different countries and the cultural exchanges that is likely to take place.

The outfit is optimistic in that the citizens of Assam with their characteristic generous nature that the state is famous for would open their hearts to the international citizens of tomorrow with exemplary hospitality so that they can remember Assam fondly.​

We in the organisation would be very grateful if our citizens cooperate with the organizers of the sporting event in all areas of the organisational matters for the same and help in maintaining peace and order and prevent any attempt by miscreants to damage the reputation of Assam, he adds.​

“Each and every citizen of Assam must remember the ​at  such events carry the prestige of Assam far and wide,” Asom concludes in a communiqué. 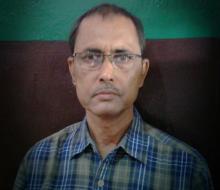 Gogoi on visit to worst-hit Kokrajhar

26 Jul 2012 - 2:34pm | editor
Assam chief Minister Tarun Gogoi is visiting the Kokrajhar, the worst-hit in the ethnic clash where over 25 people were killed during the last five days. Gogoi is leaving for Kokrajhar in the morning...

Brothers in arms against one another: 7 killed

28 Jun 2008 - 2:23pm | Ritupallab Saikia
At least seven NSCN(U) cadres were killed in an encounter between the two NSCN rival fractions. According to the sources in the night of 26th June a large group of NSCN(IM), the most powerful...