The present imbroglio on the Chakma-Hajong Rights issue is a reflection of monumental failure and mismanagement by the government. Civil organizations urge restoration of all rights to vulnerable Chakmas and Hajongs without further delay as 90 per cent of them are already citizens by birth and hence the restoration of Citizenship Rights is out of question.

Right Cause, an organization working for the marginalized and vulnerable tribal groups is concerned with the continuing denial and deprivation of legitimate democratic rights of the Chakmas and Hajongs of Arunachal Pradesh.

The issue of citizenship in Arunachal Pradesh is a fall out of the anti-foreigner agitation in Assam and is politically motivated. Citizenship has been already granted implicitly to them when the Government rehabilitated them and allotted 5 acres of land per family in the1960s. The issue has been unnecessarily politicized and has become like the proverbial goose that lays golden eggs at the cost of vulnerable Chakma and Hajong tribal population. The population of 47, 471 (as per 2011 Census) has been blown out of proportion to 1 lakh in order to create fear and xenophobia in the state claims Mahendra Chakma, President, Right Cause.

According to him, the present problem is also a result of misidentification of Tibetan refugees who have not accepted India Citizenship and decided to go back once Tibet is free and Chakma and Hajong refugees who have come with the intent of making India their permanent home as they are anyway persons of Indian origin. Blanket labeling of refugees under one bucket and failure to recognize this distinction has led to the present crisis. The Chakma refugees who came in 1986 and were camped in Indo-Bangladesh borders in Tripura and repatriated in 1997 are different and not to be confused with that of Chakma and Hajong refugees who are permanently rehabilitated in the North East Frontier Agency (NEFA) formerly the North East Frontier Tracts.

Chakma during a press meet Saturday, demanded immediate restoration of all rights like public employment banned in 1980, issue of ration card in 1991, and reinstate the Gaon Burah/Panchayati Raj institution which was canceled in 1984.

“We at Right Cause also urge all stakeholders and political leaders not to politicize the issue further and work together towards a permanent solution to the problem. It is sad to see that the patriotism of the Chakmas and their loyalty to India has been exploited by the governments, the it settled them in NEFA to safeguard China border but 50 years after rehabilitation continue to face this ordeal suspended between the mirage of citizenship and threat of deportation,” he said. 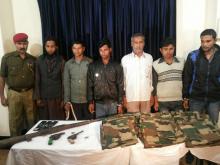 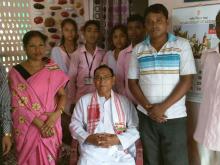