“Sanskrit language is mother of almost all Indian languages where we get the first hand information of our ancient art and culture of a civilized society when the rest of the earth was under the cover of darkness, Basanta Sarmah.

In his address at a function in Udalguri to mark the Sanskrit day, the chief of the Mangaldai Sanskrit Tol said that the Sanskrit language is an easy language to understand and one’s good will power requires to use it in the everyday conversation.

Bidyapati Dahal, a renown Sanskrit scholar of Udalguri and author of a good number of books in Sanskrit and Nepali language also spoke on the occasion and expressed his satisfaction for the initiatives taken up by the Sanskrit Bharati to make Sanskrit popular in the society. It is to be noted that Dahal was felicitated very recently by the Sanskrit University, Nalbari on the occasion of Sanskrit divash. The students who have cleared the Sanskrit Prathama and Dwitiya Dikshya were also distributed with certificates and the best students were also awarded. It is to be noted that the proceeding of the meeting was entirely conducted using the classical language as medium of instruction for the first time in Udalguri. 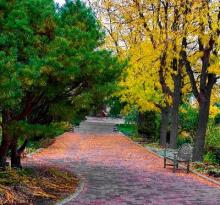