To mark the killings of 8 protestors who had died of bullet wounds on a 12 hour strike demanding ST status to Adivasis in July 25 in 2003, All Adivasi Students’ Association of Assam (AASAA) is going tom observe the 14th Adivasi Martyrs Day today at Orengajuli Market complex on July 25. 14 years have passed by but justice to the family of the martyrs still a pending case. The government and police personals have failed in finding out the culprits and the families have been deprived from government compensations till day despite of pressure by AASAA activists. This day is a memorable event for all Adivasis of Assam.

All Adivasi Students’ Association (AASAA) Udalguri district committee in collaboration with Garujhar A/C will organize a day long program to commemorate the sorrowful event. The day will start with the hoisting of the flag by Suresh Tanti, MCLA, 33 No. Nonai Serphang Constituency, floral tribute at Shahid Memorial site, sapling plantation, a procession to mark the event, felicitation to the students and an open session which will be presided over by Tinku Orang, Predient Udalguri distict (AASAA) said Robin Gowala working President of the reception committee. Wilfred Toppo, President CEC will remain as the chief speaker at the meeting which will be graced by minister Rihon Daimary. 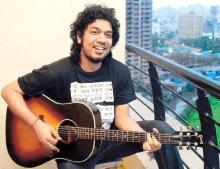 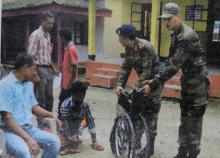 Erosion - dark side of the Brahmaputra

3 May 2017 - 8:38pm | Clara Mariona
The Brahmaputra River is a massive river born in Tibet that sweeps its way along Assam to finally reach the sea in the Bay of Bengal (Bangladesh). The Brahmaputra is one of the major rivers in Asia,...