Various parties and organisations from Bodoland region, including All Bodo Students Union(ABSU), National Democrtaic Front of Boroland-Progressive (NDFB-P), BPF, UPPL condemned and demanded early punishment of those involveed in the fake encounter that killed two-cadres of NDFB-S at Simlaguri in Chirang district on March 30 last. This was was revealed by a CRPF top official Rajnish Rai. The ABSU said that the students union has decided to move to the National Human Rights Commission.

Promod Boro, president of the ABSU told the media on Saturday that the students union will move to the human rights commission against the killing of two-cadres of NDFB-S.

6 Jan 2012 - 3:19pm | Anup Biswas
The Jadikhe Naisho Hosom (JNH) vehemently condemned the killing of Donald Sengyung and urged upon the government to uproot the evil designs of all such miscreants and nab the culprits involved and... 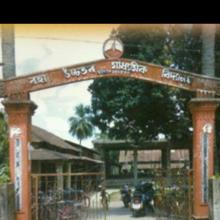