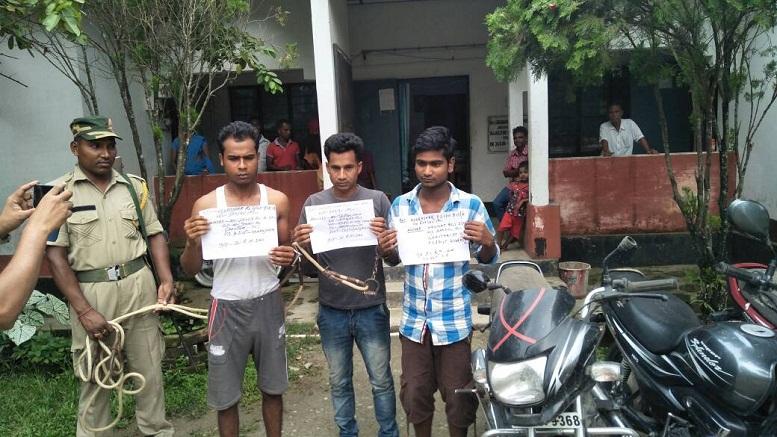 Kokrajhar police on Wednesday arrested three bike lifters from Chautaki under Salakati police outpost in Kokrajhar district. Identified as Hasmat Ali, Taffizuddin of Abhayapuri and Saheb Ali of Salakati, they were arrested by the Kokrajhar police who registered a case no. 510/16 u/s 379/411IPC. Three bikes were also recovered from their possession.