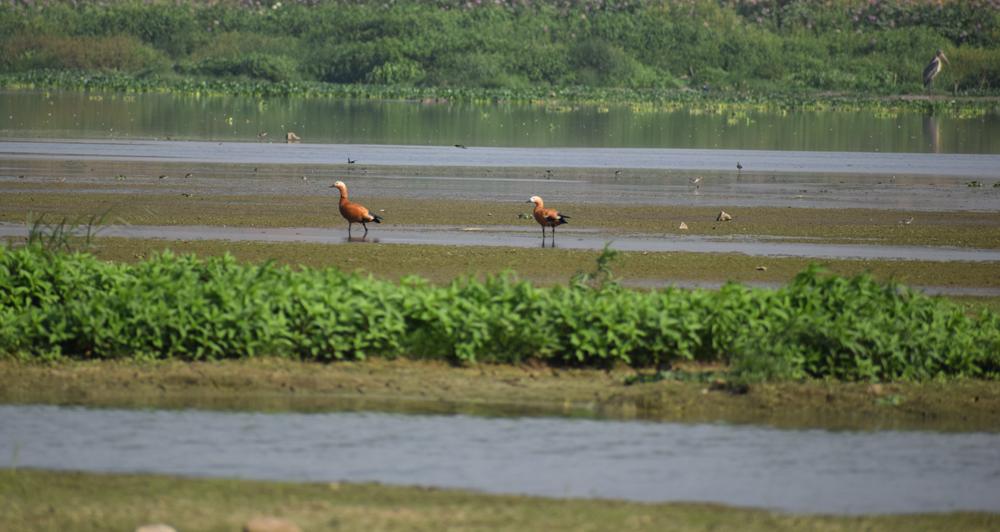 Wetlands in Assam have been carrying out a great role minimising intensity of flood in Brahmaputra valley. Better conservation of wetlands in the state may be the most effective way to control flood and erosion problems. Because wetlands store a large amount of excess water during flood.

Most of wetlands in the state have become shallow due to turbidity, silt and sediment deposition. As they are becoming shallow the capacity of flood water storage also decreasing. So if these wetlands can be dredged and make deeper these will have more capacity to store more amount of flood water.

According to Dr. B P Duarah, a Geologist and professor and Department of Geology, Gauhati University, said that dredging Brahmaputra must be holistic plan. Experts from different fields even humanities must be included in the planning. "Otherwise a little error may bring massive danger which can't be controlled easily", Dr. Duarah said. He emphasises conservation and management of wetlands and tributaries of Brahmaputra as they will hold huge amount of silt as deposition. So dredging can never be a sole solution of flood and erosion. Moreover silt extracted from riverbed of the Brahmaputra must be mixed with clay before it is used to construct road or highway. The silt of Brahmaputra and tributaries of north bank have less component of clay which is necessary as adhesive. 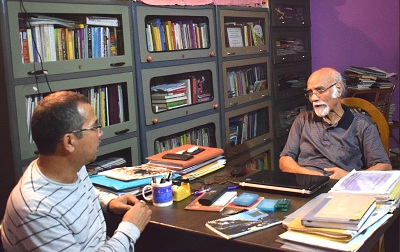 On the other hand Dr. D C Goswami, the former Head of Department of Environmental Science, Gauhati University, hopes dredging Brahmaputra will open new way of development and experiments. He said dredging would help water transportation in Assam which was active during the reign of British rule. British used small ships to carry goods to and from Assam. If Assam uses water transport to carry good it will reduce traffic-jam. It will reduce the impact on environment too.

It is very unfortunate that Assam has not used one percent of water carrying by the Brahmaputra, laments Dr. Goswami. He cautions the destruction of forest and wetland will bring danger to the Brahmaputra as well as to the valley. Of course he too urges government to emphasise conservation of wetland with good scientific management. It is to be noted, there are 690 lakes and ponds recorded in Assam. These lakes and ponds cover an area of 15494.00 ha which constitutes 0.20 percent of the total geographical area of the state and 15.30 percent of the total area under wetlands. The smallest of them measures 2.50 ha while the largest one has 882.50 ha of areal coverage.

Deepor Beel, one of the largest wetlands in Assam is one of the sad examples of how a fresh water reservoir and rich ecosystem is being destroyed by chaotic urbanization. Situated by the Guwahati city, the capital of the state of Assam is losing its rich natural resources due to a lack of foresightedness and proper planning by policy makers. Encroachment, establishment of industries, factories, brick kilns, railway sound pollution and garbage dumping is destroying the rich ecosystem and biodiversity of wetlands in Assam. Deepor Beel wetland is home to hundreds of species of birds, fish, zooplankton and phytoplankton. It has also been declared a bird sanctuary, and is a part of the Asian Wetland Directory, and was also declared a Ramsar Site in 2002. Some NGOs, politicians, and bureaucrats also have acquired land of this wetland illegally. 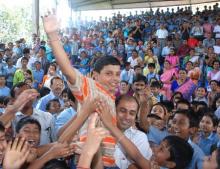 25 Jul 2014 - 9:03am | AT News
Cabinet reshuffle is expected to dominate the meeting between Chief minister Tarun Gogoi and Congress president Sonia Gandhi in New Delhi on Saturday. According to information, three top...

11 Mar 2016 - 11:56am | AT News
An escalating resentment over poll pact with AGP and the first of candidates threaten to mar BJP's prospect for the upcoming assembly polls scheduled on April 4 and April 11. Local BJP leaders and...