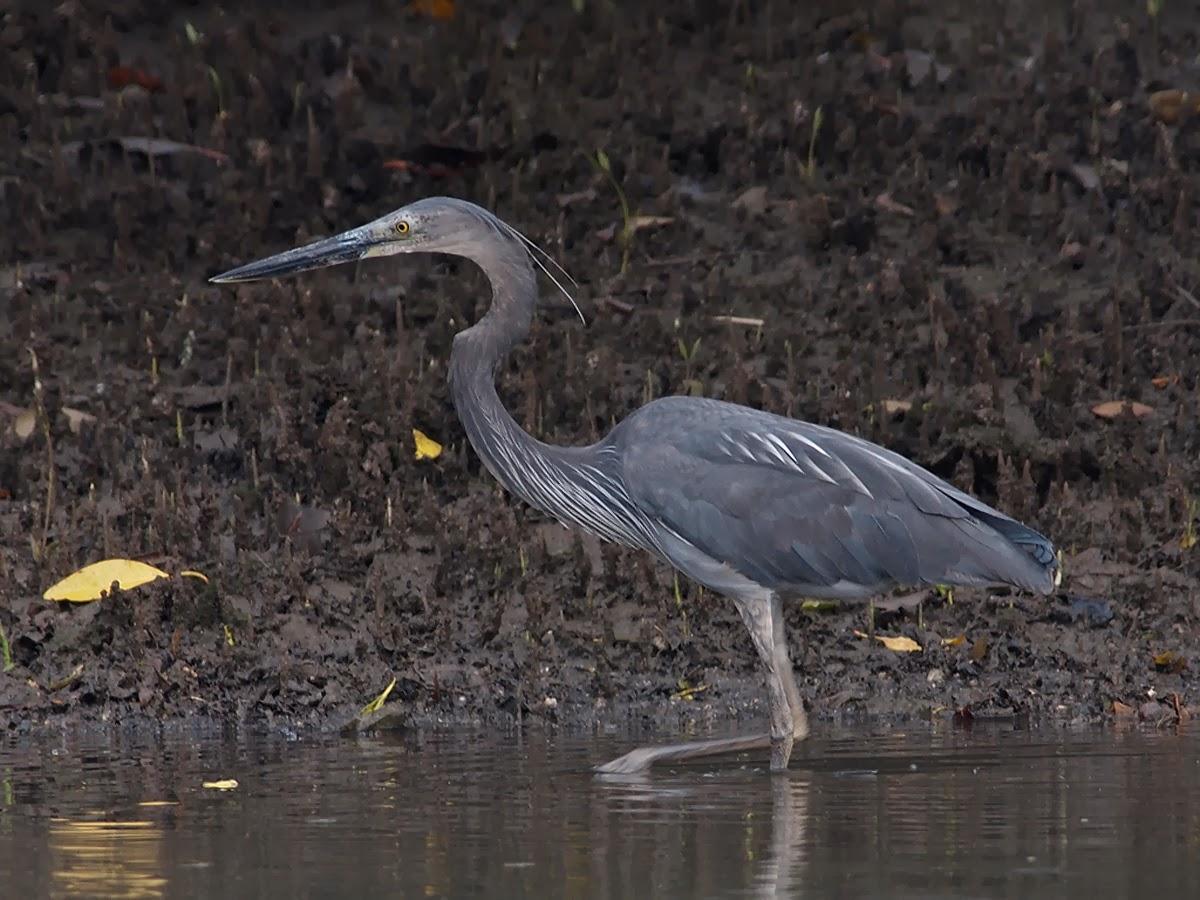 After the Pink-headed Duck and the King Vulture, the magnifient White-bellied Heron (WBH) in Assam is all set to go the Dodo way. The absence or disappearance of the White bellied Heron is a matter of grave concern for conservationists. The bird is on the edge of extinction or may have gone extinct in Assam since sighting of the bird becomes very rare. Ornithologists say, there may be a few White bellied herons left in Manas National Park along the Bhutan border, but not sure whether they are resident or flew in from the Bhutan side. A few years back, photograph of this rare bird with a noose around its neck in a village in lower Assam sent shock waves among bird lovers of the state. There was also a news of a rare heron pair seen hanging from electric lines in the Bhutan side a couple of years back.

Once a resident and also a locally migratory species in Assam, shrinking of habitat brought the bird to the edge. These birds are often seen along the banks of Punatshangchu basin in central Bhutan and there are occasional sightings in the Assam-Bhutan border areas and in the Assam-Arunachal Pradesh border areas. There has been no report of nesting of this recluse bird in the Assam side for the last ten years.

The survival of the White-bellied heron (Ardea Insignis), one of the 50 rarest birds in the world that has an estimated global population of less than 250, greatly depends on the existence of their wetland habitat. 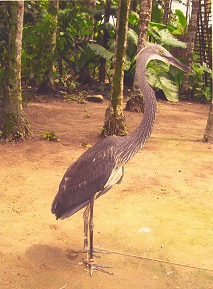 The White-bellied Heron is Critically Endangered in the IUCN list, with a population as low as 50–249 individuals. These birds exist in very low numbers over a large area comprising Bhutan, Yunan in China, northern Myanmar and northeast India. The species is found in the wetlands of tropical and subtropical forests in the foothills of the eastern Himalayas -- in India and Myanmar. It is spotted in Bhutan's sub-tropical areas and was also once found in Nepal. Traces of heron chicks were sighted in Zhemgang in Central Bhutan also. Herons mostly dwell in Southeast Asian countries and Bhutan shelters a little over 30 herons in the Himalayan region. Once eight nesting sites were identified amongst lofty flowing waters with pebbly substrates and Chir pine forests in Bhutan. A nesting site of this extremely rare White bellied Heron was also discovered in the Namdapha Tiger Reserve in Arunachal Pradesh. This is the first known nesting site of the WBH in India. Nest of the bird was found about 18 metres above ground on an East Indian almond (Terminalia myriocarpa) tree. In 2015, ornithologists observed the courtship of a pair of white-bellied heron.The courtship begins in the winter from January to February as the river water recedes. The birds chase after each other playfully with sticks and calling out to partners. The pair went on to build a nest at the site. This is the first nesting site of the bird to be scientificly identified in Namdapha, Arunachal Pradesh, India. Before the discovery of this site, Bhutan was (thought to be) the only country in the world to have a breeding population of the White-bellied Heron. Bhutan is home to about 10 per cent of the world’s total population of these birds.

The black-necked crane is another rare bird that breeds on the Tibetan Plateau and winters mainly in the lower altitudes of Quinghai, on the Yunnan-Guizhou Plateau, north-eastern Bhutan and Zemithang and Sangty Valley in West Kameng district of Arunachal Pradesh. It is the only high altitude crane amongst the 15 species found in the world.
Dr Anwaruddin Choudhury, a renowned orinithologist and author said that Unlike the Black-necked stork, that has a wider range from Bangladesh to Myanmar, the White bellied Heron's range is constricted. While the number of Black-necked stork in Assam is  highest (about a 100), the number of White bellied Heron  is  thought to be only about 50 in India that also includes a few in the Manas National Park in the Assam side of the Indo-Bhutan border. But the number and nesting of the bird in this side remains unpredictable.
An “extremely shy” bird, the White bellied Heron feeds on fish in clear fast flowing rivers and wetlands. The confluence of Noa-Dihing and Namdapha rivers in the Namdapha Tiger Reserve supports a few individuals of white-bellied heron by providing them with freshwater fish.

Poaching is one of the main causes for the disappearance of the species.  Since it is a big bird and easy to kill people hunt it for meat. Further, development activities in hilly terrains in the Indo-Bhutan border constricted its habitat and nesting sites.

Climate change is adding to the loss of habitat for many swampy birds. In a survey conducted by a local NGO Nature's Foster, it was found that many Asian water fowls are now on the brink of danger due to degradation of wetlands.  No existence could be found of more than 20 wetlands in western Assam in the survey either due to climate change impacts or conversion of these wetlands for other activities.

The major factors for the decline in the population of the species include---loss, modification, fragmentation and degradation of habitat, poaching and land use patterns, particularly conversion of large areas for cultivation, harvesting of wetland resources etc. Other significant threats in key protected areas e.g. Namdapha National Park in north-east India, Bhutan and Myanmar are high levels of disturbance and developmental activities like sand mining, stone crushing, hydel projects etc.
The dams have already destroyed some nesting habitats of the species. The uppermost dam seen under construction in Bhutan will not have a large reservoir but reportedly may back up water into some of the areas considered prime White- bellied Heron habitat. With hydropower plant construction breaking ground in the last two decades, the once-stable heron population started dropping in thir last bastion.

The Centre for Conservation, Education and Research-- a conservationist group based in Guwahati has been engaged in the survey of wetland birds since the last 10 years. In the survey, no sighting was recorded of the WBH from its earlier known as habitats. There were reports of sighting of only two birds in Chirang and Baksa districts in the winter of 2011-12.The birds, flew in from the Bhutan side. The bird that was sighted in Baksa district was captured and killed in a village bordering Bhutan. In an earlier instance, a juvenile bird from Koilamoila in Manas Reserve Forest, Assam, near the foothills of Bhutan was rescued sometime in 2007. Reportedly one more heron was captured in Baksa near Assam-Bhutan border and the bird died in captivity before it was rescued.
Attacks on the bird and their eggs by predators remains a major cause in the reduction of their numbers. Lack of scientific approach and poor awareness among the local communities has also brought doom to the beautiful bird.

There has been no major initiative for protecting the habitat of a critically endangered species. Government of India, had funded a three-year study on the species with a view to document the foraging behaviour of the bird, but the study did not cover the cause of decline of the species properly.

Develoment activities brought the White-bellied Heron to the verge of extinction.  It was observed that the bird collect their food in the wetlands in day time and build their nest or take rests at night in trees in nearby forest. If one component is disturbed the bird moves to another secure place. For the survival of the species, therefore, both wetland and forest ecosystem are necessary. The thrust should therefore be more on the protection, restoration and preservation of wetland areas and the forest canopies.