2 Jul 2018 - 10:56am | Akshaya Pranab Kalita
NAMRUP :- In an effort to inspire the students the meritorious students who excelled in HSLC and HS examinations were feted at a  programme held in BVFCL Officers Club organised by  Namrup... 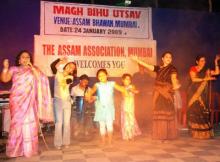