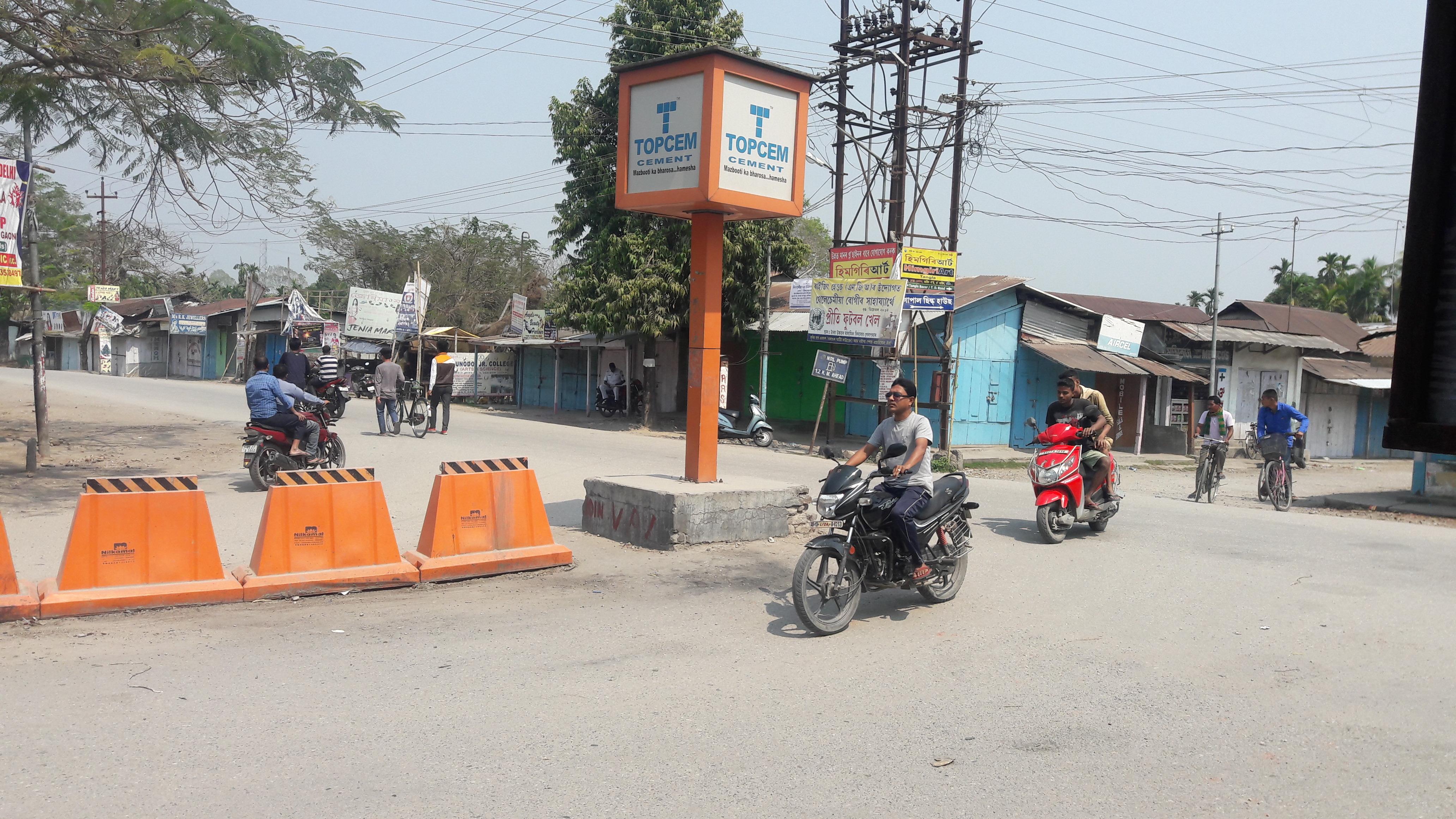 The 12 hour Udalguri district bandh called by Brihotor Axomiya Xuva Mancha on Wednesday hard a hitting impact on the functioning of  normal life  in buisiness and education hub of the district  Tangla town. The activists had called the dawn to dusk bandh demanding immediate arrest of prime accused of Silapathar incident Sahadev Das. The bandh was also supported by Udalguri district committee AJYCP,AKRSU among various other student organisations. The neighbouring places like Khoirabari,Panery,Bhergaon,Dimakuchi also evoked full response. HSLC examinees and school and college students were seen on roads. With low attendence of schools and colleges ,banks,buisiness establishments,govt. institutions remained closed.

9 Jan 2020 - 6:09pm | AT News
Guwahati: City based Journalist fraternity on Thursday appealed to the Assam government for launching a scheme to support the bereaved families of working journalists of the state who died on duty...