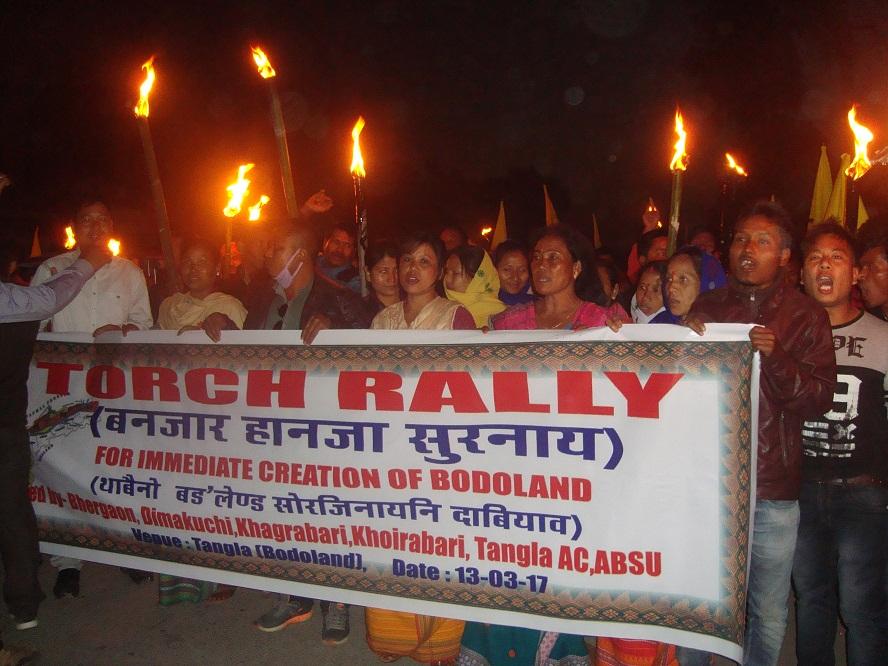 The activists shouting slogans 'No Bodoland No rest' 'Divide Assam 50-50' demanded early solution to the long-pending demand of creation of separate Bodoland and political rights for Bodos living outside the proposed Bodoland area.

"Our voices have been ignored,the democratic protest through means of non-violence have been ignored said ABSU activist Manmohan Boro. Addressing the gathering of nearly 500 protestors the student body leaders exhorted the Centre to come up with a pragmatic policy on the Bodoland issue . The speakers said that the saffron party is busy celebrating their victory in different state polls ignoring the hunger strike by Bodo people at Kokrajhar in demand of Bodoland.

16 Dec 2019 - 6:57pm | AT News
The All Assam Students Union (AASU) submitted a writ petition at Supreme Court challenging Citizenship Amendment Act 2019 (CAA). The Supreme Court will hear a batch of petitions challenging the...